ANOTHER PREMIER LEAGUE REF SIGNS ON

ANOTHER PREMIER LEAGUE REF SIGNS ON 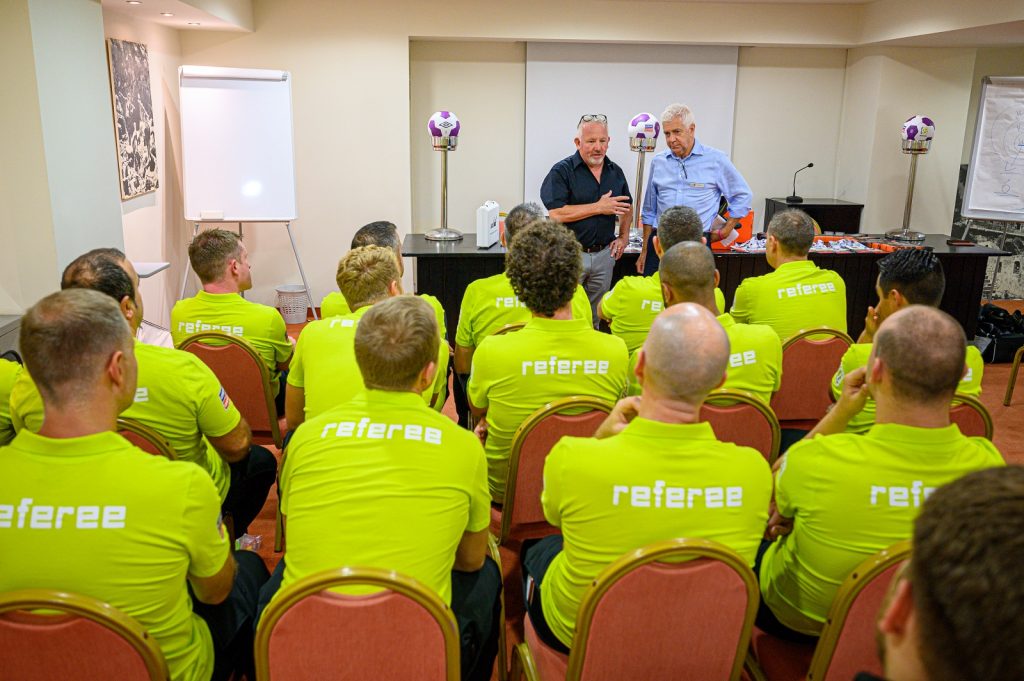 The Leisure Leagues powered International Socca Federation – of which we are proud to be a part –  is delighted to reveal that they have added another premier league whistle blower to their stable of International Match Officials.

The ISF have worked with top refs such as Mark Clattenburg – commonly regarded the best referee in the world – and Bobby Madley, the Ex-Premier League ref, who announced his return to the UK scene just before Covid-19. Now we have signed a third. We cannot reveal the name just yet, but Head Of Referees, Martin Cassidy, did offer a teaser.

“He is another Ex-Premier League and FIFA ref who has also refereed an FA Cup final, and that is all we can say at this stage,” revealed Martin.

Although we have added yet more world class talent to the pool, Martin – who is also the CEO of Ref Support, the only charity for Referees – was  quick to praise the existing elite team: “We are very privileged to have World Class and world renowned Referees in our group. Having referees who have officiated on the English Premier League and controlled some of the highest profile games in the world brings a unique and valuable level of experience that no other small sided organisation can offer.”

These household names rub shoulders with the ordinary men and women who referee in our leagues, such as Nathan East, who went from a Warwick astroturf to the biggest crowd ever in the history of 6 a side football – as he was the man in the middle as the Ronaldinho And Friends games in Lahore and Karachi.

Leisure Leagues is the only 6 a side provider that can give you this pathway, as the driving force behind the ISF, running events such as the World Cup and Champions League to a world class level to an audience of millions around the world.

And as they said last week on Friday, they are poised and ready to resume our leagues in line with Government regulations as to the gradual lifting of the lockdown as outlined by Prime Minster Boris Johnson in his countrywide address on Sunday night.