THE ONLY FILM YOU’LL EVER NEED

THE ONLY FILM YOU’LL EVER NEED 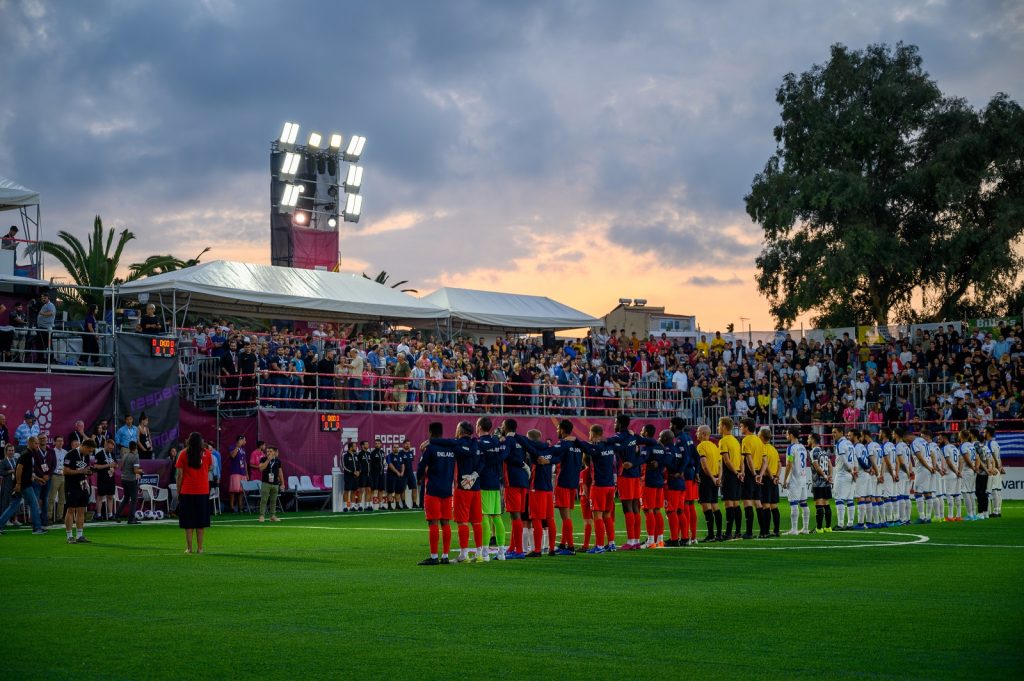 If you played in it, you know.

If you were there, you felt it.

If you were one of the millions watching around the world on one of the 70 channels that broadcast it, then you saw it.

If you had family and friends living their dreams, then no doubt you have heard all the stories since they got back.

Or, maybe you one of the thousands who weren’t lucky enough to get a seat for the action in in the Leisure Leagues Stadium as you were left outside one of the many matches that attracted a full house, peering for a glimpse on the big screen?

Whichever one of those applies to you, now you can relive it all over again, because we are proud and thrilled to reveal something very special.

Whatever happened in the World Cup – from the opening game on Saturday 12th October as Latvia took on Egypt, to the thrilling denouement eight days later as Russia sat on the top of the world after beating Poland in the pulsating final – our cameras were there.

Great Wales goals, Scotland thrilling everyone with heart and spirit, England in arguably the game of the tournament, but we know all that already.

Now we are proud to present to you, the 2019 World Cup Film. More than the football. This is a behind the scenes look at just what went into the planning of such an event. The scope, the scale, the planning of both the ISF and Leisure Leagues and all their partners, to deliver a world class week in Crete.It went live on Facebook yesterday, and you can join in the reminiscing here.

Until then, we’ve all got our memories.