ENGLAND UP TO FOURTH AS RANKINGS RELEASED

ENGLAND UP TO FOURTH AS RANKINGS RELEASED 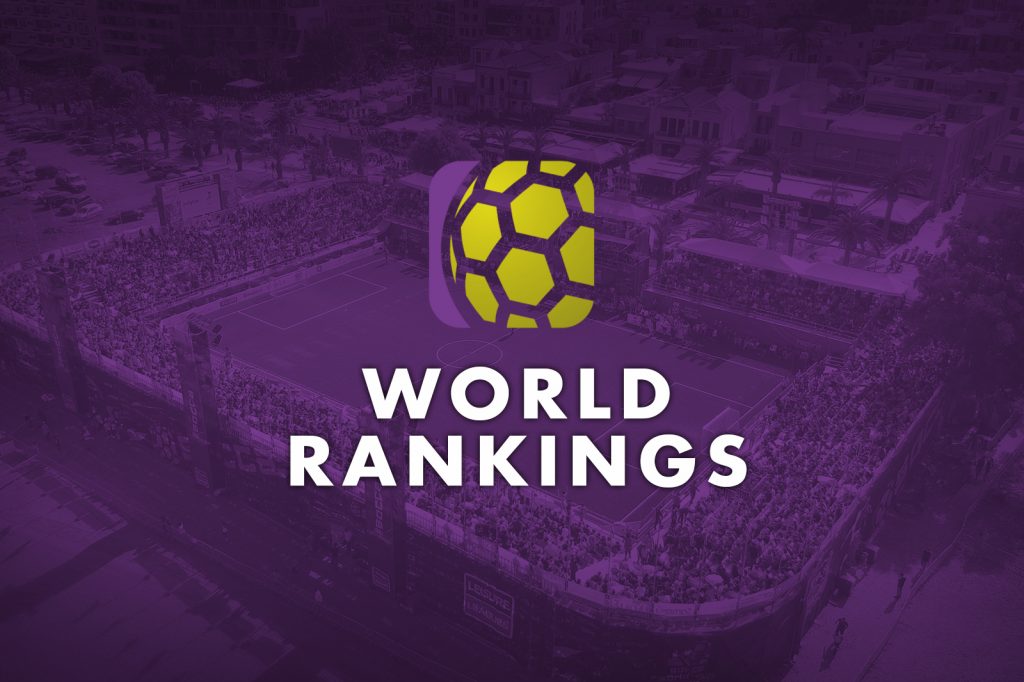 England are up to fourth in the world, but Russia have more reason to celebrate this week, as they sit on top as the new Socca rankings were revealed.

Jamie Leggett’s team reached the quarter finals in Crete and their consistent performance has seen them rewarded, as they move up four places. Scotland, who were the other of the Home Nations to qualify from the group stage remain in the World’s elite,.as they sit just inside the top ten still, despite a 5-3 loss to Hungary in the last 16.

Wales drop to 25th, but can still take heart from the showing a tough group, as they got a draw with Poland.

It is Russia, though, that are looking down on the rest. Dmitry Smirnov’s men pulled off a stunning victory in the just completed World Cup, and have shot to the top of the world rankings as a result.

The Russians were placed third last year, but have now leapfrogged Poland into top spot. The Poles remain second, after finishing runners up for the second year running.

Germany, who were the kings after their win last year, in Lisbon, drop to sixth after they were sensationally beaten in the group stages this time around.

Other big movers in the top ten are Greece, up from 13th in 2018 to 5th after finishing third in a triumph for the host nation, and Moldova – who they beat in the 3rd placed play off – are rewarded with a five place boost to 7th.

One of the huge plus points for the International Socca Federation has been the amount of new members that have been attracted over the last 12 months. Hungary are the highest placed of the fresh teams – as the rankings increase from 32 in 2018 to 48 in 2019.

The Hungarians were knocked out in the quarter finals by Russia only after a late goal, and are rewarded with a 13th spot,  Mexico – fresh from starting up their first Leisure Leagues earlier in the year – are 15th, Lithuania 20th, and Colombia in 32nd.

Pakistan, who boasted the youngest  scorer in the tournament, Muhammad Waheed, the 17-year old striker who shocked Germany with a brace, are up to 27th, two places higher than bitter rivals India.

Plenty of the other countries have much to build on. Romania, Morocco, Uruguay, Romania, Nigeria and Peru were amongst the nations to enjoy their first World Cup, and will surely learn from the experience moving forward.

These rankings are worked out on a points based formula, which takes into account the performance of the countries in the 2018 and 2019 World Cups, but do not form the basis for the pots from which future tournaments will be drawn. 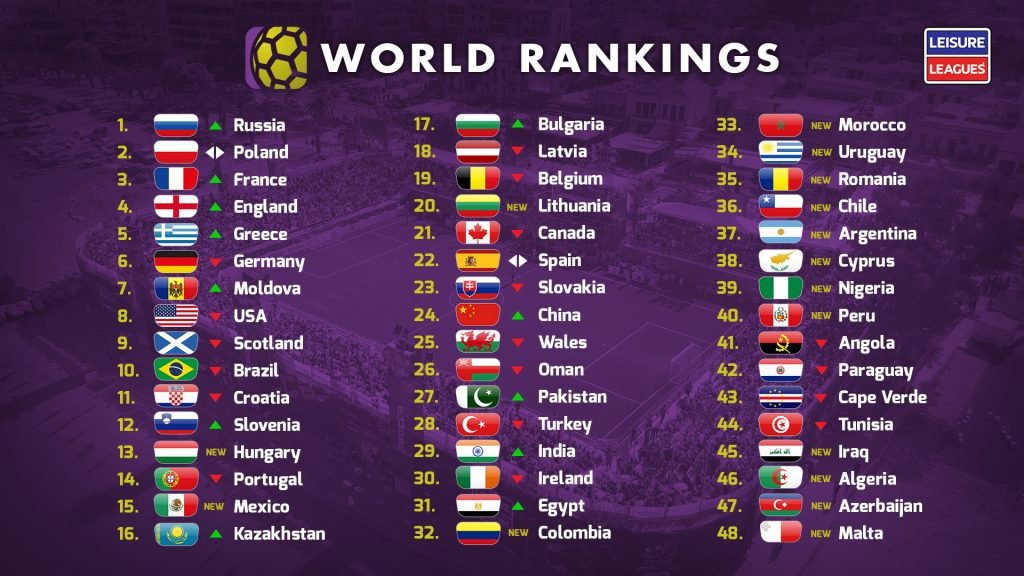