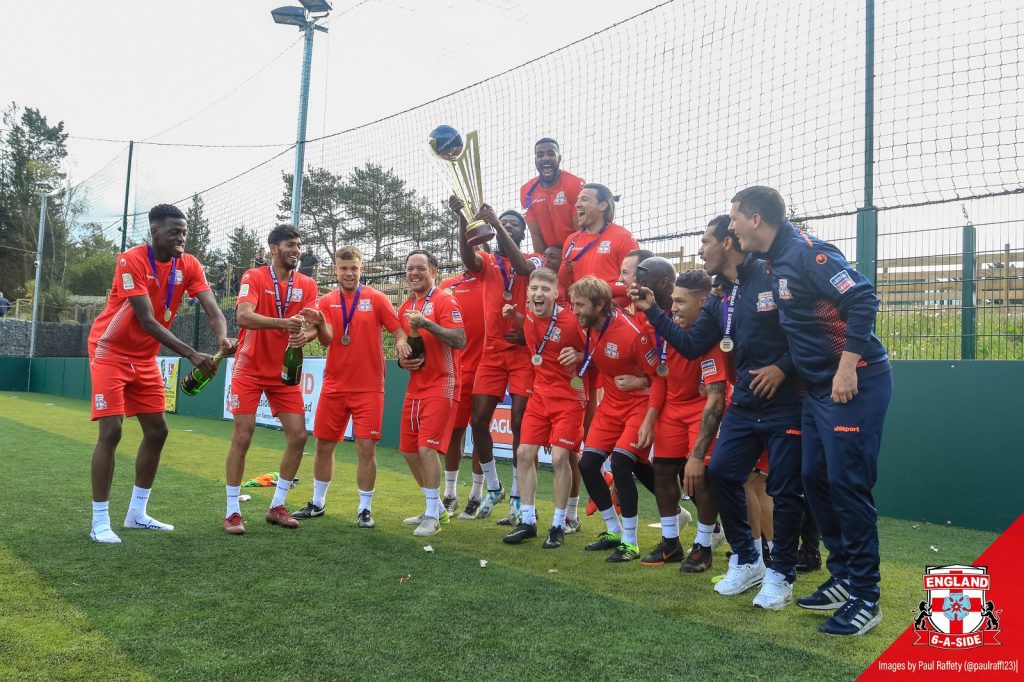 14 players, most of whom are more used to playing with their mates on astroturf pitches, will mix together with former Premier League stars and one of the most legendary figures in the game,  when the England 6 a side football squad lands in Crete next weekend.

The England hopefuls, who are looking to be kings of the world head to Rethymno, to take part in the World’s most prestigious 6 a side football tournament, looking to catch the eye of Ron Atkinson.

The former Manchester United boss, who managed more than 1000 games in his illustrious career, has come out of retirement to be the England team’s Director of Football.

He – together with experienced 6 a side football coach Jamie Leggett – will look to navigate the England side through a tricky looking group that includes Argentina, Bulgaria, Cyprus and Uruguay.

Ron told us that he had always viewed 6 a side football as vital: “Wherever I have managed,” he said. “We have always played 6 a sides, it needs short, sharp passing and skills, and it is brilliant for one touch football.”

The squad is in good shape, having won the Home Nations 6 a side Championships this summer (pictured), and the Summer Series back in August head to Crete in high spirits.

A UK Socca Spokesman said: “We always maintain 6 a side football is the world’s most inclusive sport, the sport where everyone is equal. Those words never ring truer than when thinking about the England 6 a side football team. From legends like Ron, to ordinary lads who have never played at a high level. Everyone is given a chance to be a world star.”

Many of the proud players, all selected after a rigorous trials process, are sampling the unique atmosphere of the World Cup for the first time, but all will be doing their utmost to wrestle the crown from Germany, who won the first event, in Lisbon last year.

The 2019 event is the biggest of its type ever staged and crowds of thousands will descend on the purpose built stadium, right on the gorgeous beach with the Med lapping up almost to the stands, to watch the eight days of action.

One player to remain from 2018 – where the Three Lions reached the quarter final before being beaten by eventual runners-up, Poland –   is England’s star striker Dean McDonald, ex of Arsenal, Gillingham and Ipswich,  while new skipper Helge Orome plays for Arsenal TV FC and is the host of Adidas Tango Squad.

Helge was in no doubt whatsoever which game he is looking forward to most:  “Argentina will be an interesting game with the history over the years between the two nations”, said the Captain.  Although he joked: “Hopefully we won’t be doing any Beckhamesque stuff in that one!”

England get underway on 13th October v Argentina, with the game kicking off at 10pm, before playing Cyprus on 15th at 7pm on the 15th and Bulgaria the next day at midday.

*All times Greek time, and matches will be broadcast live on www.soccafederation.com