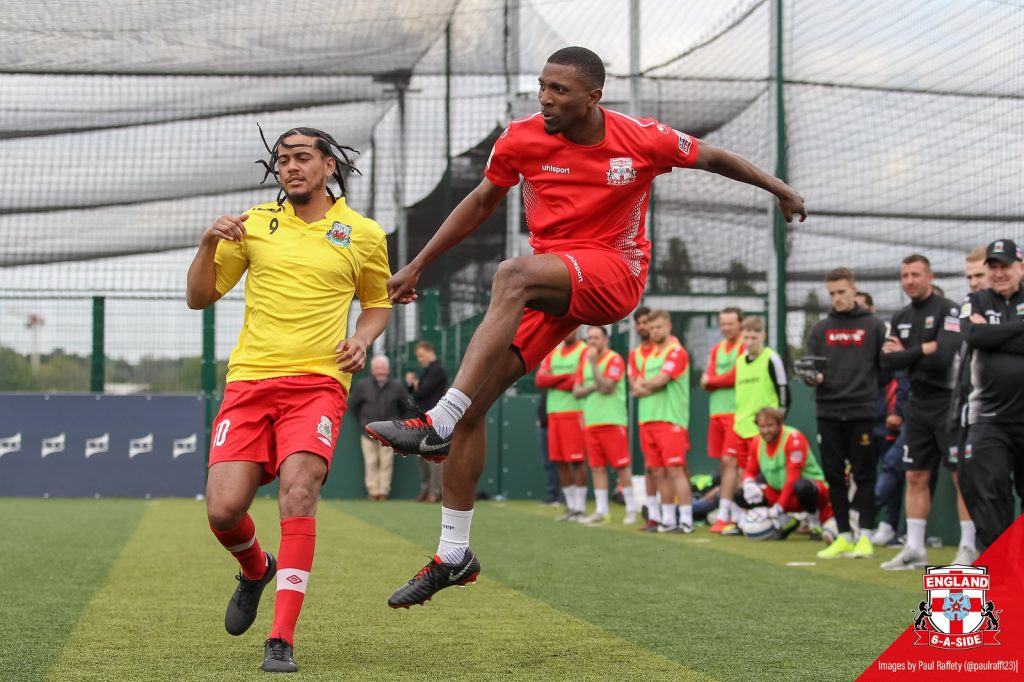 39 of the best 6 a side football players in the UK, more used to playing with their mates on local astroturf pitches, will head to Crete next week with the hopes of the Home Nations on their shoulders.

14 Englishmen, 13 Scots and 12 Welshmen will jet to Rethymno, the beautiful costal town in Crete that will see the 6 a side Football World Cup take place, and take part in a spectacle that is beamed around the world.

Crowds of thousands will descend on the purpose built stadium, right on the gorgeous beach, with the Med lapping up almost to the stands to watch the eight days of action.

Many of the proud players, all selected after a rigorous trials process, are sampling the unique atmosphere of the World Cup for the first time, but all will be doing their utmost to wrestle the crown from Germany, who won the first event, in Lisbon last year.

One player to remain from 2018 – where England reached the quarter final before being beaten by eventual runners-up, Poland –   is England’s star striker Dean McDonald, ex of Arsenal, Gillingham and Ipswich,  while new skipper Helge Orome plays for Arsenal TV FC and is the host of Adidas Tango Squad.

Scotland are built around Graham Finlay, who is appearing at his fifth major international tournament. He has stepped up to be Player/Boss, after previous manager Jamie Leggett took over the England role.

Finlay and his twin brother Steven will be the engine room of a squad that retains the nucleus from last year’s team which got to the knockout stages and includes one of the most feared strike forces in the world – the prolific Joe Andrew and Scotland’s most capped player, Iain Anderson.

Wales manager, Barry John freshened up his squad after The Dragons were knocked out in the groups last year, but under new skipper Dean Maynard, their part of 12, headed by Tyrell Webbe, who played in the Welsh Premier League for Camarthen Town, is hoping the improved results they have achieved in their warm up games will translate to tournament form.

The first of the teams in action are Scotland, who face Ireland in an eagerly anticipated Celtic clash on Saturday 12th October at 6pm*. England play Argentina the following day at 10pm, with Wales getting underway at 1pm on Monday 14th.

*All times Greek time, and matches will be broadcast live on www.soccafederation.com