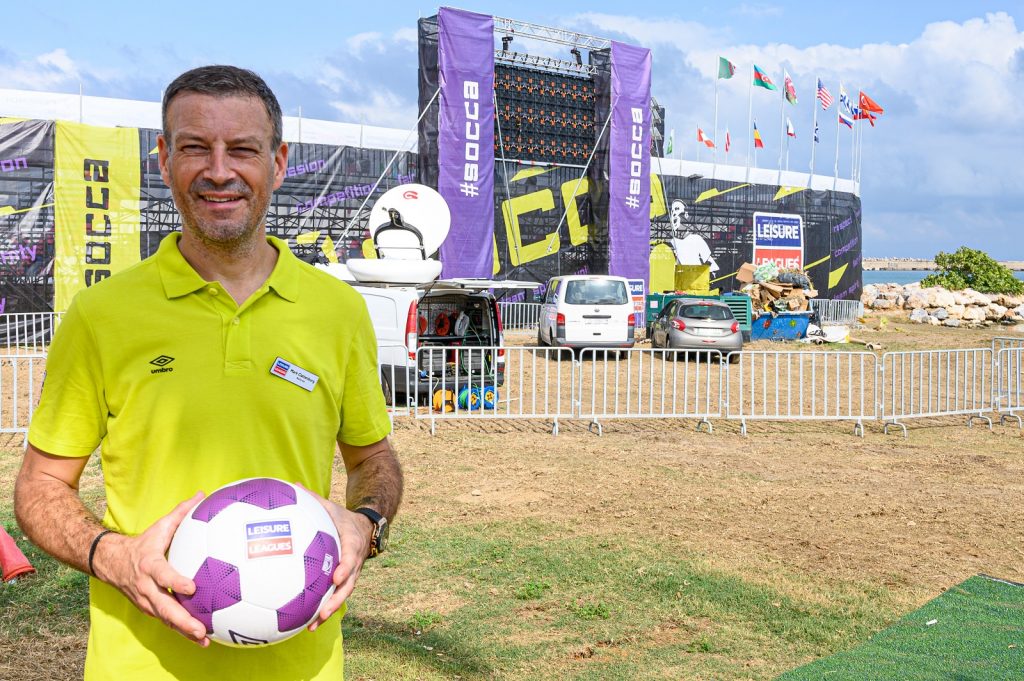 As we reported the other week, Leisure Leagues Ambassador Mark Clattenburg, has taken the referees’ top job in Greece.

He confirmed the news on Facebook this morning saying: “Delighted to sign a 2 year contract with the Greece Football Federation to become the Head of the Central Referees Committee. After hanging up my whistle I am delighted to now share my experience and expertise with other referees.”

UK 6 a side’s Head of Refereeing, Martin Cassidy was quick to pay tribute to the Co. Durham native, and said: “What a signing [for Greece]. Having worked with Mark recently in the ISF  World  Cup we can confirm he is a top man. His role as an ambassador has been crucial in recruiting refs.”

Clattenburg, who left the Premier League in 2017 after a career which saw him become the world’s top match official, has worked at the last two world cups – including one in Crete last autumn which may have been the catalyst for his arrival in Greece (he is seen here at the Leisure Leagues Stadium).

He will continue in his role as an ambassador and was most recently seen on a Zoom call with the ISF Elite Match Officials Group, as they looked to hone their skills during lockdown.

It is only Leisure Leagues and UK Socca that can give these type of opportunities to match officials, through our joint work with ISF:

Sign up to referee at a local league today and begin your journey to the top: https://www.leisureleagues.net/become-a-referee