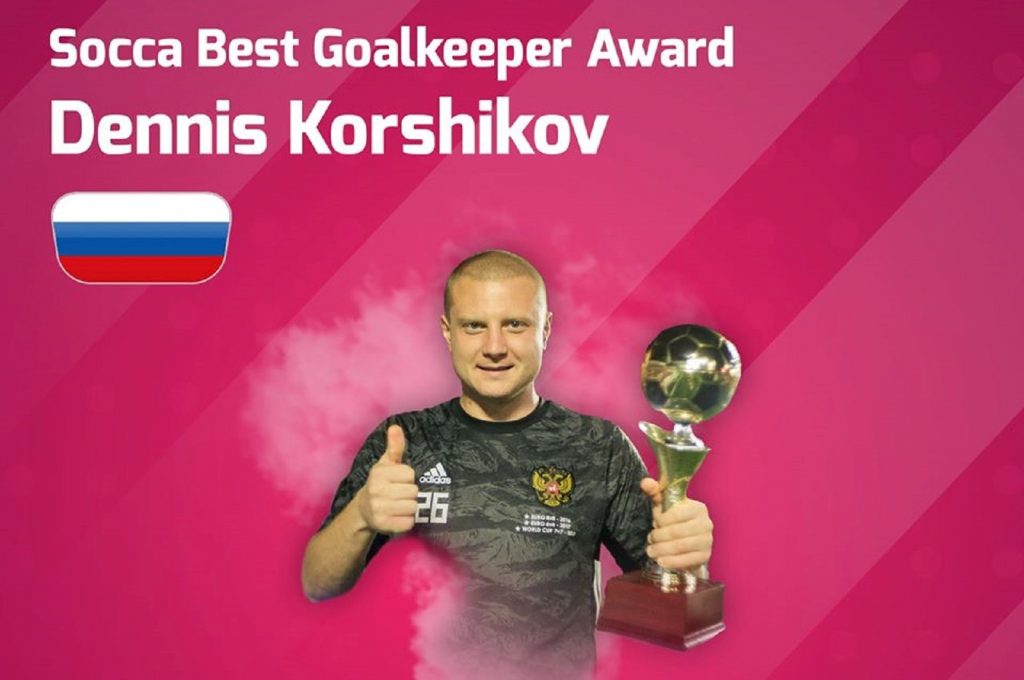 In addition to the action over in Crete – which is something that no one will forget – there was a reward for the individual performances.

Unfortunately no one from a UK side has received such an award so far – although there is still time for Iain Anderson or Tyrell Webbe to win the Goal Of The Tournament – but we feel it right, as one of the proud socca family, to recognise the wonderful contribution of Dennis Korshikov, the Russia custodian, who won the Golden Gloves award.

Personally, we could have made a case for England’s Joe Mant, who went on such an incredible run of not conceding goals, but the committee of the ISF made the decision that Dennis should be voted as the best of the goalies.

At UK Soccca we would like to add our congratulations to Dennis, who proved the old adage that nothing had ever been won throughout history, without a great keeper. Dennis is certainly that, and the coolness he showed in Russia’s shoot-out victory went a long way to seeing his team win the trophy.

Well done to Dennis, and to the rest of his team mates and in the coming days we will be highlighting some of the other unsung heroes from the World Cup.