TY ON THE TOP

TY ON THE TOP 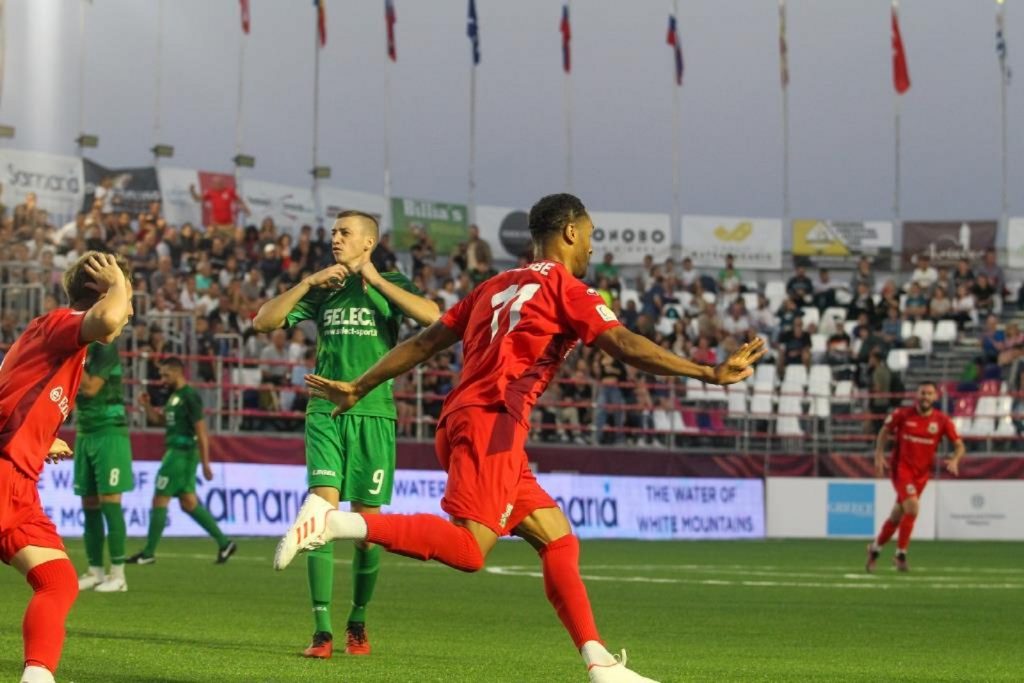 Everyone at UK Socca is thrilled to reveal that we have a British 1-2 after the votes in the Goal Of The Tournament were counted.

After the thousands of choices were sifted through, it was Wales’ very own Tyrell Webbe who came out as the clear winner.

His once in a lifetime moment, which came in the Dragons heartbreaking loss to Lithuania, was enjoyed by the watching public at home and abroad, and beat off the challenge of some amazing goals to see Ty get the accolade.

There was also glory for Scotland’s Iain Anderson, who was squeezed into second spot, but his sweet volley in the clash with Hungary was as good as it gets.

There was Hungarian representation in the other one of the top three too. Bence Bognar was one of the few to breach the Russian defences in the week long extravaganza in Crete, but the goal he did it with will live long in the memory.

But the limelight belongs to Ty, and the Cardiff based star certainly enjoyed the moment (as the picture above shows).

With good reason, though!

So here, one last time, are all the goals that made the shortlist – including the sensational Scottish strike!