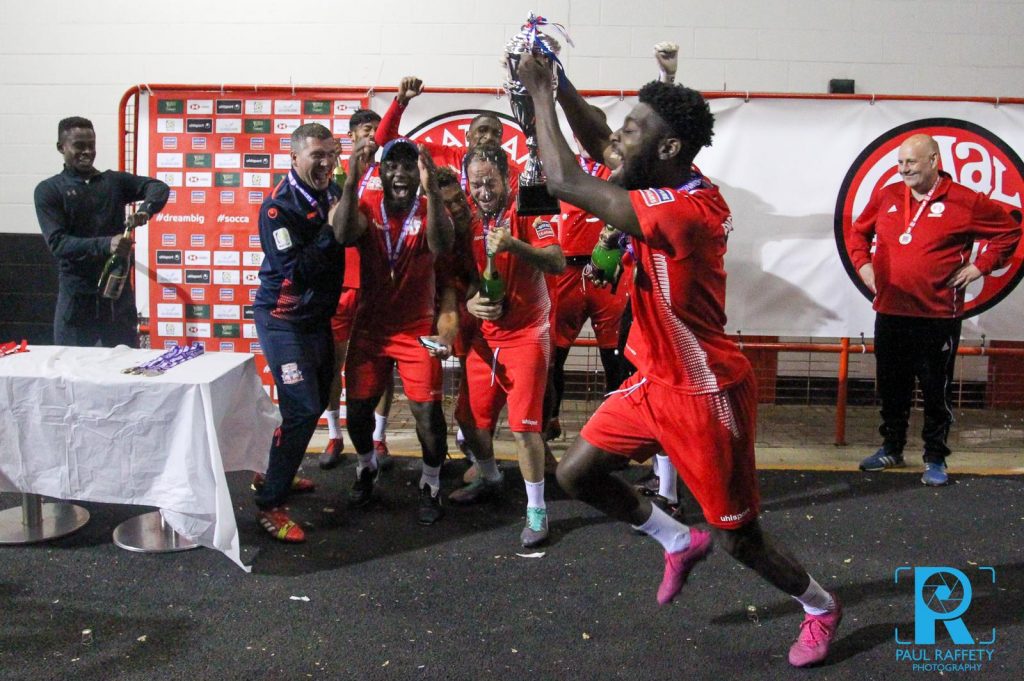 England Head Coach, Jamie Leggett, surveyed a vital week for his team and declared: “It is obviously a massive boost.”

Leggett’s new look England side won the super series last weekend and followed it up with more victories over AFTV, as hundreds of people descended on Chatham Town FC to watch the matches.

A delighted Leggett said: “I am very proud of how the team played and the fact that we won again.”

These games, though are only a build-up to the big event in October, as Jamie admitted:  “I’m pleased with the progress the team are making going forward into the World Cup, the aim now is to stay focused and carry on the way we have been. However having said that I am still keeping them grounded as they have to know to keep aiming high and take nothing for granted.”

Leggett was quick to praise the Belgium, Ireland and Wales squads too, and admitted the tournament was a trip into the unknown. “We went into the Summer series and didn’t really know what to expect but was nice to come out with another trophy and stay unbeaten,” he said.

The game against AFTV FC was equally as tough, with the manager adding: “We still couldn’t be over confident going into the game with AFTV because the team are very good and have some strong players!”

Like everyone else, Leggett and the England players will be watching the draw for the World Cup on Tuesday night, as they were placed in Pot A alongside World Champions Germany when the pots were announced this afternoon.