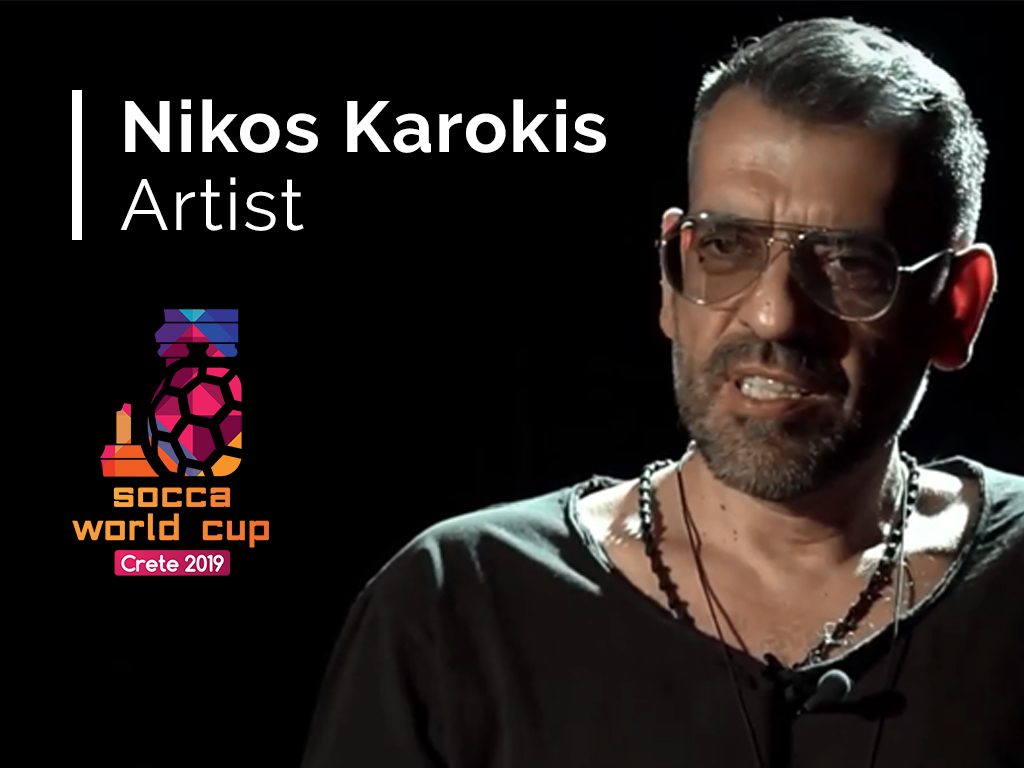 A couple of weeks ago we revealed the stunning trophy for the World Cup this October.

Created by world-renowned artist Nikos Karokis , the wonderful work captures the very essence of the spirit that is right at the heart of Socca.

Nikos is no stranger to sporting work, having created the iconic logo for the 2004 European Championships, and in 2007 he was voted by 11.500 fans of Panathinaikos football team, as the artist who was to create their 100 year anniversary logo.

Now, with  the Socca 2019 trophy, he has developed something that means so much more than a mere trophy. Indeed, as he explained to our cameras, in an exclusive interview, the bold design represents him just as much as the players from England, Scotland and Wales, as it will to everyone else taking part in Crete.

32 nations, from 6 continents, including Algeria who were announced as our newest members last week, will be dreaming of taking the trophy back with them, but in many ways, it doesn’t matter who wins, because when you play for our values and with the correct spirit, everybody is victorious.

To find out about Nikos Karokis, visit his website here: https://nikoskarokisart.com/#all

The draw for the World Cup – at which the trophy will be proudly on show as the Home Nations find their fate – takes place on 27th August.#

In addition two of the countries will be taking part in the Summer Series this Sunday as England Wales take on Ireland and Belgium at Trent Park.