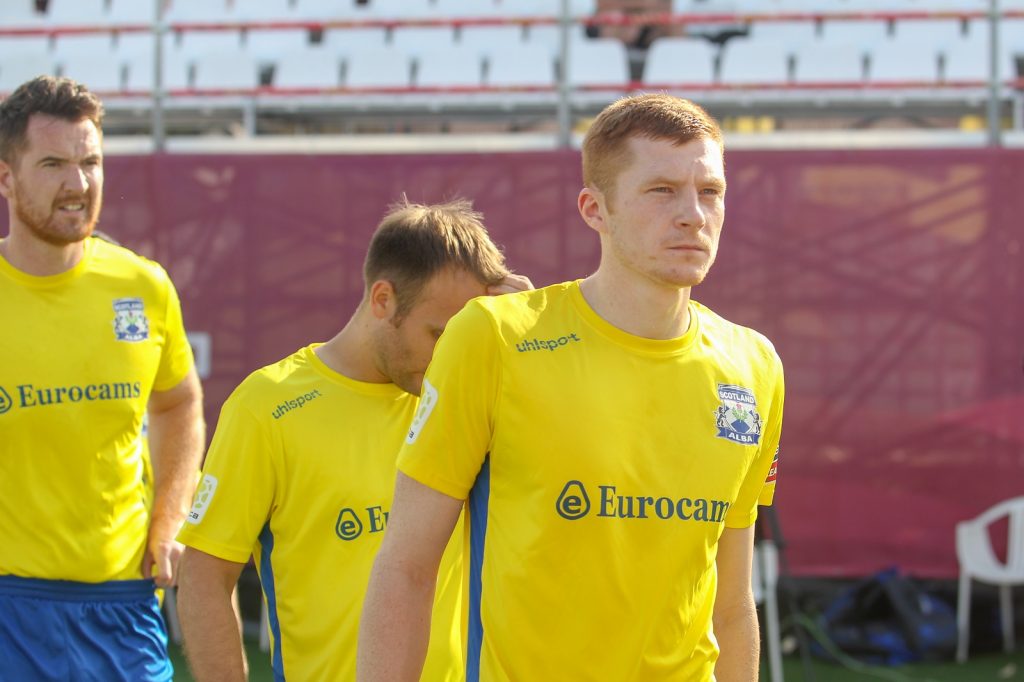 Congratulations to one of our own, Iain Anderson, who will be lining up against one of the most iconic football club’s in the world next month, after scoring a vital goal in the Scottish Cup.

Anderson netted a dramatic winner in the third minute of added time in extra time as his side Annan Athletic squeaked past Clydebank in the FA Cup in a real humdinger by the odd goal in seven.

The reward for the Cinch League two side, based in Dumfries and Galloway, is a plumb tie with the giants of Rangers.

Not that the big games will phase Iain, who, as the most capped player in the history of Scotland’s 6 a side team, is used to the big occasion.

His form in Leisure Leagues Dumfries league in the mid 2010’s caught the eye of the scouts and he went on to lead his country to four World Cups – where they have proudly reached the quarter finals twice.

The last world cup, in Crete, saw the Scotland team with Iain (pictured leading his team out) play in front of crowds of thousands, and helped launch his Scottish League career, as he signed for Annan in 2020 from Lowland League side Dalbeatie Star – he has since played 50 games for Athletic, scoring 7 times. Now he could be taking on the might of the Ibrox side on February 12th.

Leisure Leagues players across the world will be given the chance to play for their countries later in the year, following last week’s announcement of the World Cup in Cancun. Further details will be announced in due course.

Leisure Leagues have a league beginning in the Dumfries area too, if you fancy following in Iain’s footsteps. The indoor league at Queen of the South will kick off the day after Annan’s date with Giovanni van Bronckhorst’s men.

To join the league and potentially begin your journey to the top, click here: