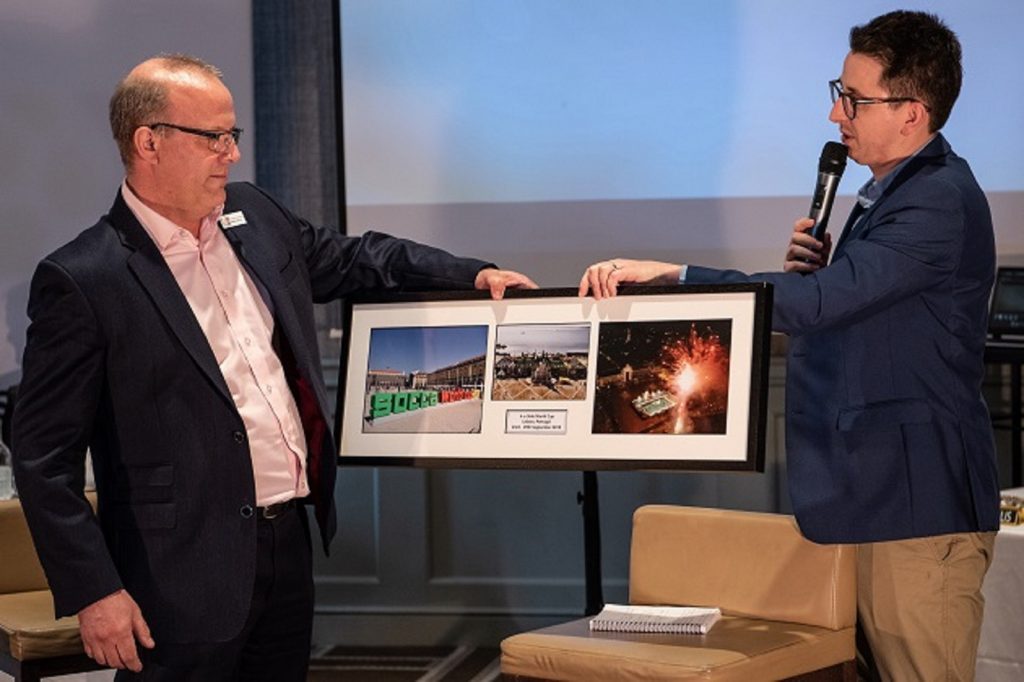 The Medical Director for UK Socca became one of the first people in the world to receive the Covid-19 vaccine, but warned as he did so: “This might be the beginning of the end, but now is not the time for complacency.”

Mr Richard Johnson is the Acute Services Director and senior surgeon at the Princess of Wales Hospital in Bridgend.  As well as his sporting duties which include working with Newport Gwent Dragons Rugby, in addition to being the Medical Director for the ISF, he was one of the first to receive the Pfizer- Biontech vaccine, as it began its roll-out this week, in the UK, the first country in the world to approve and use it.

We caught up with him to ask him how it had gone and he told us: “It’s a privilege and I was delighted to have it.”

When we spoke to the surgeon, who hit the headlines last year with his Tower to Tower bike ride to raise money for various charities including Molly Olly’s Wishes – one of our chosen partners – it was the day after his first jab, and Mr. Johnson said: “ There was no pain, I feel absolutely fine, I would encourage anyone to have the inoculation.  It is safe to have.  The sooner everyone is vaccinated the sooner we can get back to competing in our fantastic tournaments!”

He now needs his second dose in early January and admitted that the programme – the largest in NHS history – is presenting challenges to an already stretched workforce, but he said: “Plans are in place and we know that this is vital and can be done.”

He paid tribute his colleagues in the NHS, saying: “Everyone in the NHS is very tired right now, but this represents hope going forward, that we might be getting a little closer to the end.”

He was quick to caution though, that people should not see the vaccine as an excuse to go back to normal over the festive period: “Everyone needs to remember the rules of Hands, Face and Space and keep to the regulations regarding groups and social distancing. This is a step forward but it absolutely is not a return to normal.”