Mark Signs On With Leisure Leagues

Mark Signs On With Leisure Leagues 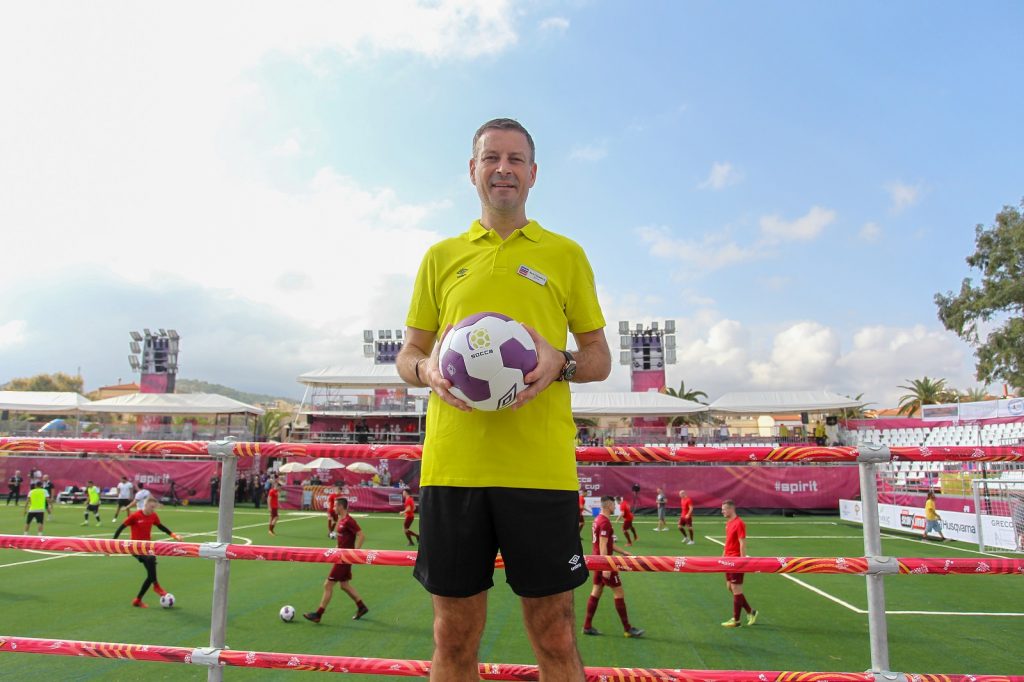 The world’s most famous referee, Mark Clattenburg, has extended his contract with the world’s largest provider of small sided football, Leisure Leagues, well into 2021.

Clattenburg, currently working with the Greek FA, remains one of the most influential voices in the refereeing world, and will act as Leisure Leagues referees ambassador.

Leisure Leagues spokesman Andy Thorley said: “Everybody knows that our discipline is different in that we operate a zero tolerance approach across all our leagues. Uniquely, we have virtually eliminated discipline problems throughout our whole business. Mark Clattenburg was well known for being a strict disciplinarian on the field, and his credentials perfectly match what we are about, and make a statement to the footballing world about our zero tolerance on discipline”.

Mr Clattenburg said: “Once you are not refereeing in the Premiership, or at the very top level, then it is obvious for referees to associate themselves with Leisure Leagues simply because everybody knows about their amazing disciplinary system, and how they treat referees as the most important people in any game of football. It is an approach and a system which I, and many other professional referees have long admired and I am delighted to remain a part of the Leisure Leagues family, and help their leagues both in the UK, throughout the world, and at the extraordinary international tournaments which they organise on a world level”.

Leisure Leagues Head of Referees, Martin Cassidy welcomed the extension and added: “Mark is a top referee, and now a top administrator, but he’s also a top guy. He has shown at the last two world cups that he is always happy to help any official, it is magnificent that he is working with us into the future and will be of huge benefit to the whole of our refereeing family.”

Back in the spring, Mark joined in some training for the Elite Referees Panel on a training call, and will be taking an active role on other aspects over the next few months, with Martin adding: “Mark will also be involved in our new referee training and development program that will be launching in the coming months. Also watch out for some really interesting training videos with practical advice, some surprise appearances around our venues and some incredible prizes for our amazing group of referees and partners.”