PAKISTAN IN THE PINK

PAKISTAN IN THE PINK 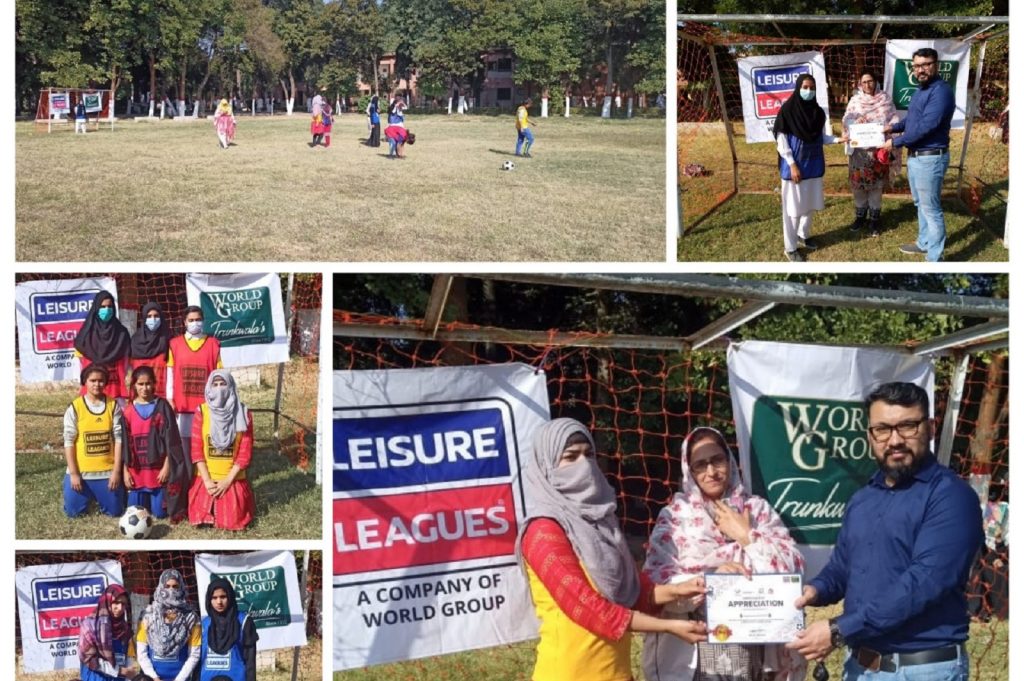 Diya FC Women Football Club (DWFC) defeated Garrison Football Academy (GFA) on penalty shootout (2-0) to clinch Leisure Leagues Women’s PINK CUP 2020 Small-sided Football title, which was held at Dreamworld Resort, Karachi to commemorate International Pink October. The match was a thrilling encounter between the two sides as after a goalless draw, the result was decided over a penalty shootout.

A total of four teams participated in the tournament. The teams were Diya FC, Kiran Foundation, Orangi Fox and GFA.

Zehra from GFA was adjudged Best Player of the tournament, while, Rabia Jawad named as the tournament’s Top Scorer thanks to the vital goals she scored that ensured her team’s win the group stage. Aroosa Nawaz was nominated as the Best Goalkeeper for keeping clean sheets throughout the tournament.