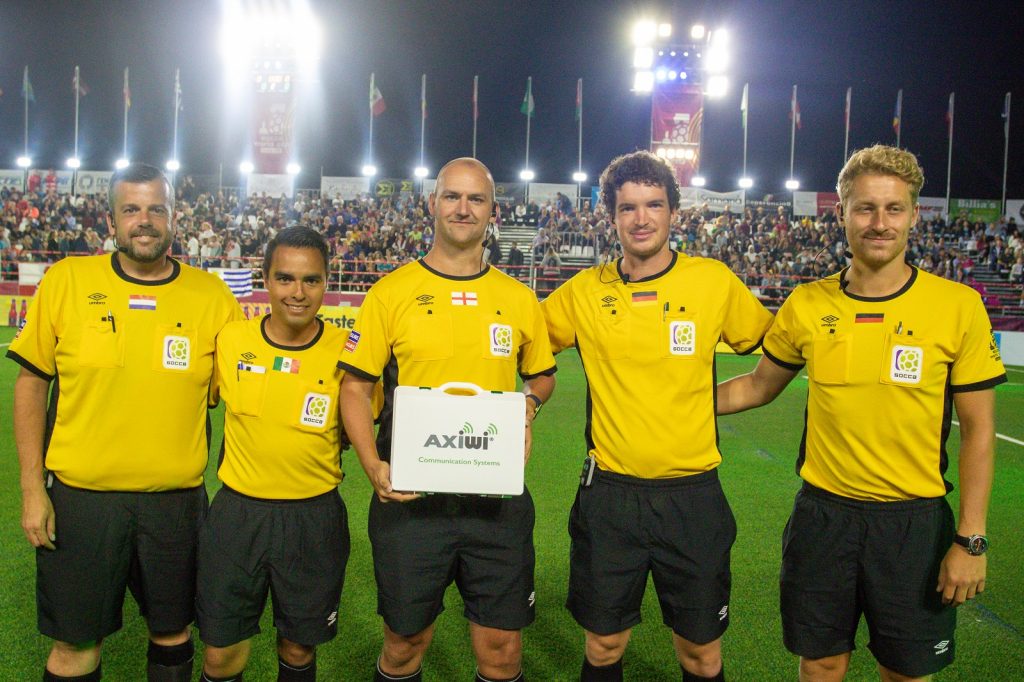 UK Socca’s Bobby Madley celebrates his 34th birthday today, and he has more reason than normal to make it a happy one.

Bobby, who refereed at the Leisure Leagues powered 2019 World Cup in Crete wherre , made his comeback to the English Football League this past weekend as he took charge of the top of the table game between Morecambe and Port Vale in League Two.

For the West Yorkshireman, who has been living in Norway for a couple of years after leaving the PGMOL  in August 2018, it was a welcome return: “Bobby is a great man and a great ref,” beamed Martin Cassidy, who is Leisure Leagues Head of Refereeing and himself a former top flight official.  “He’s been through a really difficult time,  it was brilliant to see him back doing what he does best.”

Some of the refereeing family made things difficult for him, but he found a much more welcoming atmosphere in Crete, where crowds of thousands greeted the games as Russia took the honours, but more than that, Bobby found time to mentor the 6 a side referees throughout the week with Martin adding: “It was absolutely noticeable how Bobby had time for everyone, and how at home he was in the middle again and in the spotlight.”

Attracting this level of official – Mark Clattenburg, who has just been announced as the Head Referee in Greece is also one of our Ambassadors and both are pictured above – is integral to Leisure Leagues, as Martin said: “We are proud of our commitment to both our people, and the discipline levels in our leagues. It is down to both of these things that we are able to attract such brilliant officials as Bobby and Mark.”

Bobby was certainly in the thick of the action in the Morecambe game, awarding a penalty as the home side moved second in league two with a 1-0 win.

Any referee that wants to join us can do so here: https://www.leisureleagues.net/become-a-referee