League Spotlight On Swinton As Asif Signs on Again

League Spotlight On Swinton As Asif Signs on Again 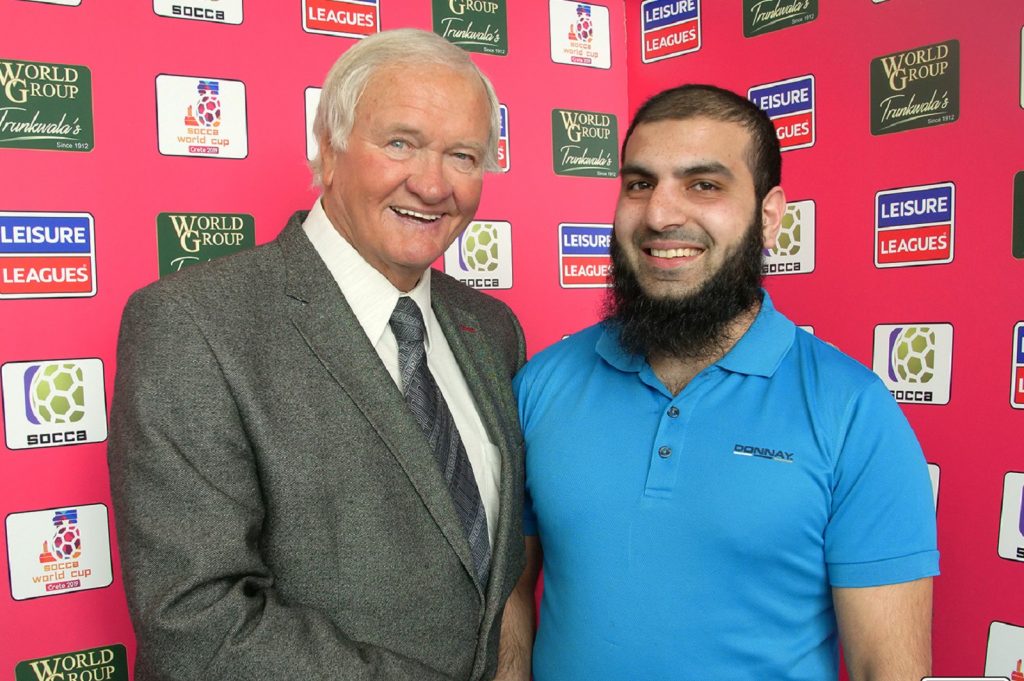 Asif Hussain signed on for his next five years with Leisure Leagues, bringing with him three UK Socca affiliated leagues, and immediately said: “Things are going from strength to strength.”

Asif, from Birmingham, runs leagues in his native West Midlands, and also has one in Swinton – but is delighted to report that all his leagues are poised to grow.

And that is particularly true of the Greater Manchester competition, as he explained: “The season ends there next week, but its thriving, and we have so many teams on the waiting list that it’s expanding for the new season.”

Indeed, Asif has a theory as to why that might be: “I think Covid has helped, in a strange way,” he said. “People have been away from football, and they are desperate to come back now – it’s like they’ve seen what they have missed.”

And he also says that running the league from hundreds of miles away isn’t difficult. “Everything is the same really, wherever you do it from. I run Swinton like Head Office run the ones at Curzon Ashton or elsewhere in Manchester.”

This pattern of expansion isn’t merely confined to Manchester either, with his league at Castle Vale Stadium similarly looking to expand. The competition, on a wonderful 4G surface at the home ground of the Midland Football League side Romulus FC, has become a real hub for the whole community. “Everything is perfect down there in terms of the facilities at the ground and the chance for people to play on a real top, top pitch is something everyone looks forward to each week.”

The final one of Asif’s leagues to begin will be George Salter Academy a week on Sunday and the West Brom League – in the shadow of the Hawthorns – is a special one. The resumption of the first one he started all those years ago means the Partner – pictured with former WBA manager and football legend, Ron Atkinson – will be back to a full set. “We are just looking at finishing all the preparations off there, but it will be incredible to see everyone back after seven long months.”

However, with the Premier League kicking off again this weekend, the proud Arsenal fan has other worries, and he’s hoping for a good season for The Gunners this time: “I think Mikel Arteta has been great so far, he’s got them playing really well,” Asif reasoned. “I think we can get ourselves into the top four this season and a Champions League spot.”

Turning his attention back to his six a side leagues, Asif said he was delighted to be re-signing his contact for the next Franchise period: “Leisure Leagues have been brilliant,” and he struck a positive note as he looked forward: “Now as things are getting back to normal, I just want everything to go from strength to strength.”

To join Asif and our other Partners around the world, and make money from the passion everywhere on earth, click here: https://leisureleaguesfranchise.net/