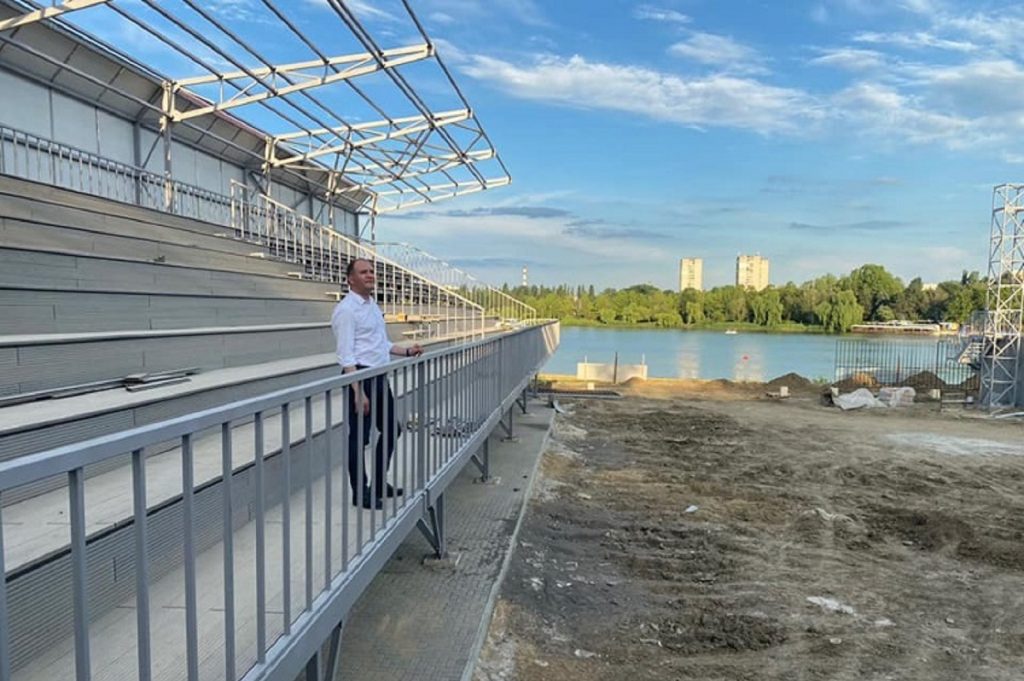 The first ISF International tournament after the pandemic, the Intercontinental Cup in Moldova, has been officially sanctioned by the ISF to be staged in September 2020.

The tournament, comprising 16 invited teams, will take place between the 23rd and 26th of September in a purpose-built stadium in the capital, Chisinau, and will be the first international six aside team event played at the brand-new stadium.

An ISF spokesman said: “The Moldovan authorities have shown us that they have the professionalism and skill to stage this significant event, and we have been delighted with their preparations which have been absolutely first class”.

The stadium, originally built for beach soccer, but able to house well over 1000 spectators, will be a significant milestone because it is one of the first stadiums in the world to be built specifically for both six aside and beach football.

President Oleinicenco said: “This is an historic occasion. We presented our plan to stage this international event to the ISF and we were extremely pleased that our presentation passed with flying colours. This just shows the preparation and work we have put in, not only to the building of the stadium, the tournament itself, but also our experience in staging events such as these”.

Moldovan ISF representative, Igor Carasiov said: “We will invite 16 countries, all of whom will be members of the ISF, and will include countries such as England, Germany, France and Spain, as well as current six aside world champions Russia, and finalists Poland, to take part in this prestigious event. We intend to show the whole six aside community, and the world, just what we are capable of in Moldova.

Miss Wallis said: “The achievements in Moldova so far have been extraordinary, and we are extremely pleased to be partnering with them in this event. Of course, we don’t yet know what will happen with the pandemic but, all being well, this will be the very first international tournament we have staged since the amazing World Cup in Crete last October, and everybody in the ISF is looking forward to it tremendously”.

The draw for the event, once the 16 competing nations have been finalised, will take place at ISF headquarters in the UK and will feature four groups of 4 teams, followed by a knockout stage to reach the final.

Last month, Ion Ceban, the Mayor of Chisinau inspected the stadium (above) and it will look incredible by the time the tournament takes place.