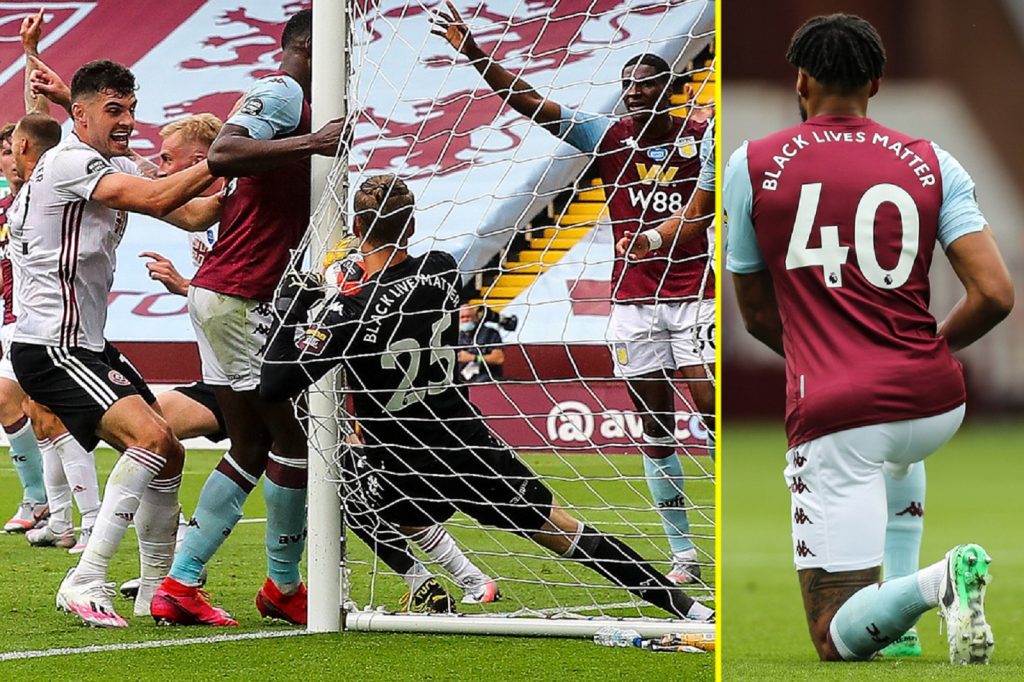 Assistant Referees are having to adapt to a new role, that’s the verdict of UK 6 a side Head Referee after the so called ghost goal in the Aston Villa v Sheffield United match.

Football was back last night, and it was the referees and match officials that ended up in the spotlight.

The watching world saw Aston Villa goalkeeper, Orjan Nyland, carry the ball over the line, but referee Michael Oliver’s watch didn’t go off meaning that a goal wasn’t given that could potentially deny Sheffield United a spot in the Champions League.

Hawkeye – responsible for the goal-line technology – released a statement during the game which explained: “The match officials did not receive a signal to the watch nor earpiece as per the Goal Decision System (GDS) protocol. The seven cameras located in the stands around the goal area were significantly occluded by the goalkeeper, defender, and goalpost.

“This level of occlusion has never been seen before in over 9,000 matches that the Hawk-Eye Goal Line Technology system has been in operation.”

The Assistant Referee didn’t give the goal – why would he given the technology available? – and VAR didn’t overturn the decision, but now UK 6 a side’sHead Referee Martin Cassidy, admitted the situation concerned him from a referees perspective: “The seemingly increasing reliance on VAR and GLT is giving the perception that an assistant referee is an endangered species at elite level.”

Martin, a former top-flight Assistant Ref himself said: “Communication between match officials is vital for the control of the game and over recent years it has resulted in non-verbal communication between those controlling a match almost disappearing.”

This has had knock on affects. The Leisure Leagues powered ISF has kitted our elite refs with the very best technology – which was seen at the World Cup in Crete – but for top level professional officials it has meant a very different set of circumstances, with Martin commenting:  “Head set communication sets, electronic Buzzer flags and in some cases, a referee telling assistants not to give free kicks has resulted in a very different role for those holding a flag at “elite” level.”

But it was with a sense of frustration that he added: “The “goal” at Villa Park should be easy to “police’ for an assistant” and maybe if the rules of engagement, so to speak hadn’t changed it might have been?

Scouser Cassidy couldn’t resist a smile though when he cheekily added: “A contentious “Ball crossing over the line” or not is nothing new, ask any Liverpool Fan why Luis Garcia is still a hero at Anfield 15 years after a Champions League Semi Final for proof!”

Asked finally for his opinion as to what happened last night, the Head Ref admitted he was as in the dark as anyone else. “The goal at Villa Park appears to have been missed by an assistant referee not volunteering information.

Why that was may never be known, unless of course, the recording of the headset discussions are released.”

The Elite group of referees for the Leisure Leagues powered ISF were in the news last week themselves, as the World’s top referee and ISF ambassador Mark Clattenburg dropped in on a zoom call to train them.