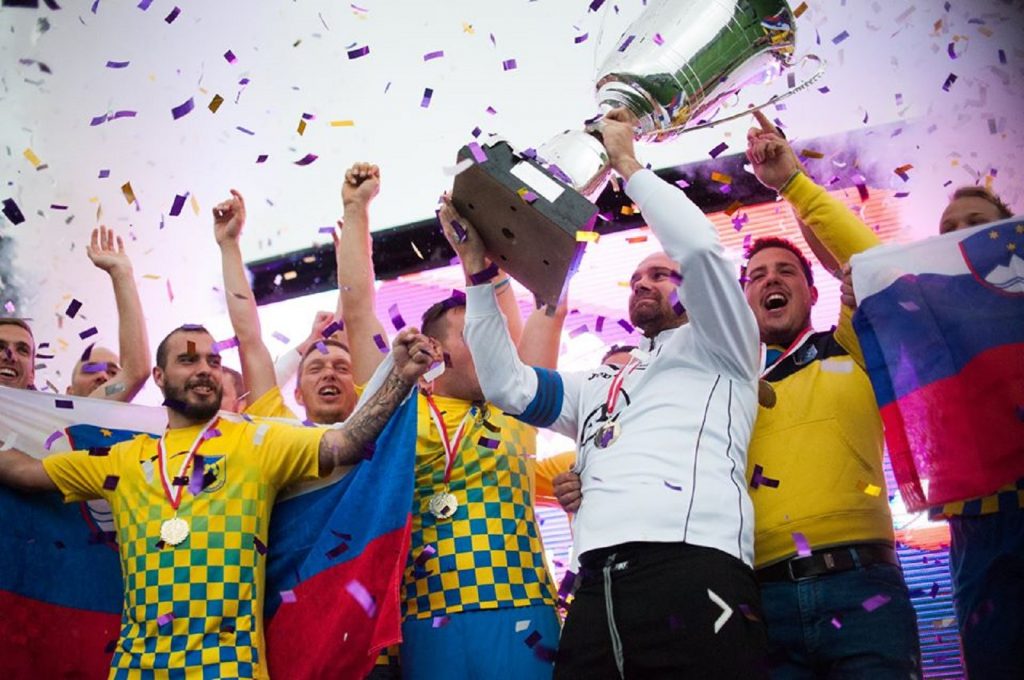 After what seems like months of bad news, it is great to have something positive to report on. We have been delighted this week to welcome a brand new member to the ISF.

Malta, have joined as an Associate Member and we look forward to welcoming their affiliated teams to Champions League events in the future, where they will no doubt be competing against many UK teams

As he announced his arrival into the World Governing Body for 6 a side football, we spoke to Ivan Milosevic, the President of the Maltese Federation.

Here, he tells us about being a true pioneer, his hopes for the future and the difficulty of crowning their first league champions in the Covid-19 age.

So, Ivan, first of all tell us a little about 6 a side football in Malta, how popular is it?

As in most countries around the world mostly 11 a side and futsal are represented as official competitions governed by the local Football Association. Regarding 6 a side football, until Malta Association wasn’t founded and started organizing and administering official 6 a side competition, as far as I know there were no other competitions of this format so we can name ourselves as pioneers of 6 a side competitions in Malta. As any other beginning, we also had a lot of struggles to start from scratch as one of the main issues was to find proper ground to organize competitions. Beside this we had to animate teams to take interest and join our league with the idea that on a bright example of good organization we draw interest of more teams to join our association and become official members of Malta Association. In general, football is very popular in Malta so on our behalf we are trying to popularize 6 a side game through the league and as well by establishing Malta 6 a side National team which we are looking forward to make officially active as soon as the current situation with COVID-19 is back to normal. In general, we are satisfied with how we started but as per our ambitions we are striving toward our main goal which is to establish at least 2 divisions with reliable teams that will be constant members of the Malta Association.

What attracted you to the ISF?

With the idea to offer well organized competition we were aware that we need to find an official Federation which we will affiliate to. After many discussions with several other SOCCA members as well as the CEO Thanos [Papadopoulous] we found the Federation (ISF) as a perfect organization within which we could grow in future. As we got a lot of support and useful advice from the SOCCA Federation, it was a great pleasure for us to affiliate and become their official representatives in Malta.

Regarding our league structure, the champion of the 6 A Side Premier League would represent Malta in the SOCCA Champions League. Hopefully that by time as we grow as an organization, we will be able to have more than one representative in this competition. As in the first season we had some well-organized teams, I am sure that in the near future Malta will definitely have more than one representative, however we hope that local sponsors will show interest to help these teams to develop and represent Malta in the best possible manner.

I believe you are planning to send some teams to the Champions League. Did you see any of last year’s event?

I did watch some of the games and I was both amazed by the organization and level of the competitive teams. To be honest as at the time I was still not familiar with SOCCA Federation, it was a real surprise to see so many different countries represented in competition, but also as previously mentioned the level of the game was very high which to be honest I haven’t expected. To summarize all, based on what I saw and by experiences of the other participants, all I can say is that we are looking forward to entering and representing Malta in the next edition of SOCCA Champions League.

Finally, how has Covid-19 affected you?

The situation with COVID-19 really had a hard hit on us as an organization, as we just started our first official season back in November 2019 so the entire situation occurred just after we finished the first part of the season. As we had already planned dates for the entire season including dates for the new season, we were closely following the situation day to day and accordingly trying to plan any possible changes in order to finish the season in full. Unfortunately, as per government safety measures we were not able to use a ground to continue the competition until our last round as per original schedule. Due to this, we discussed the situation with several other members in order to get a rough idea how the league should be finished as it couldn’t be played till the end, and the decision was that current standings are taken as final, so the team in first place was crowned champion for season 2019/20. Unfortunately there were some members who put their own interests over the general interests of the entire organisation and due to that caused certain unpleasant situations, luckily most of the members had a greater picture of the entire situation so the season officially ended on the 1st June 2020.