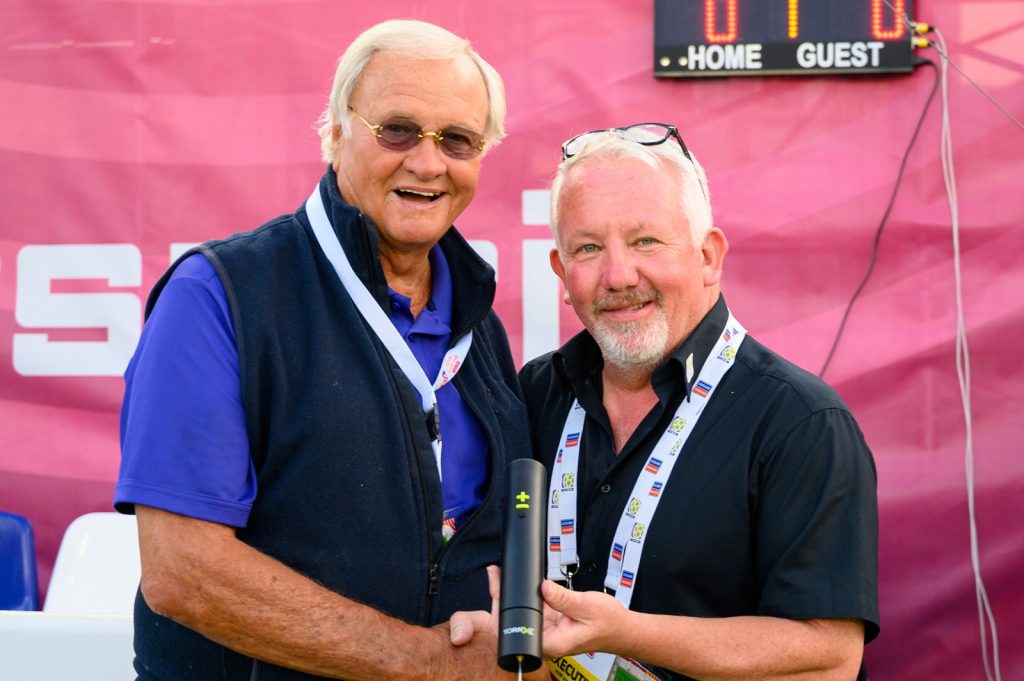 Last week we began our new series designed to bring the world together with 6 a side football.

We started at the top, with ISF Chief Exec, Thanos Papadopoulos, who gave us an insight into his life away from 6 a side football.

Today, we have another of the top team. Martin Cassidy.

One of the hardest working men in the ISF, Martin Cassidy is more than just the Head Of Referees. He has been the beating heart of the World Cups, both in Lisbon and Crete, as well as integral to the Champions League.

Here Martin, who is also the head of the only Independent Charity for referees, Ref Support UK, as well as working for Leisure Leagues  the power behind the ISF, tells us about his love for Liverpool FC and Black Pudding (!), his passion for his work – and just what he’s missing most on a Friday night……

What was the first football match you ever saw?

Well, l raised under the floodlights of Anfield so it was a Liverpool Match. In the corner of the famous Spion Kop was a special part of my childhood. It was called” The Boys Pen” I really don’t remember the first game that  I went to but this is where I watched it. It was like a prison in the corner of the Kop and our only desire was to escape over the barbed wire fence and into the Kop with the adults. I remember more about how it smelt and the rough and tumble of being a kid in the Kop than my first game. A vivid memory I have was seeing how green the pitch was under the Floodlights, I’m convinced I have never seen such a beautiful colour of green since.

The only game I can clearly remember that sticks in my mind was the famous St Etienne game when we needed to score twice to reach the Semi Finals of the European Cup, we won 3-1 with Dave Fairclough scoring a late goal to send us through. This was probably classed as our most historic come back until Istanbul 2005 happened.

And, growing up, who was your favourite player?

I always loved Jimmy Case he was also a Scouser. He just did not give up, had amazing shot on him and was as hard as nails.

I loved him even more when he scored a worldie against Man United at Wembley in the 1977 FA Cup Final. We lost 2-1 but that goal was something else.

It was an amazing time for Liverpool as we Won the European Cup (Now the Champions league) on the following Wednesday. So Man U stopped us doing the Treble in 1977.

22 years later they would actually complete the treble with their famous win against Bayern Munich.

I know you are busy with all sorts of things, but how do you relax away from the football?

My whole life is football from my business to the Charity I run called Ref Support UK (RSUK). I actually find going to coach and mentor referees as my way to get it away from it all and I really enjoy seeing refs I coach just get better and enjoy their game more. When I do actually relax it will always be with my wife watching something on the telly, going our for a meal in a country pub or walking our dogs. We just recently lost one of our Dogs who we called Raffa after the ex Liverpool manager Rafa Benitez. 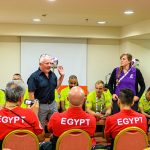 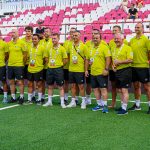 The gang’s all here 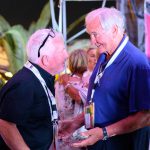 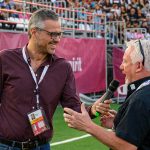 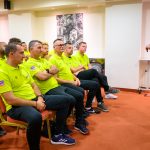 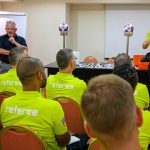 What is your favourite food?

This is a difficult one as my Wife and I love going out for meals in nice restaurants. I love starters that have black pudding in them and some of the nicest restaurant I have been to have had such starters, normally “Portobello Mushroom”. I love Steak as a main always cooked medium rare, cooked anything other way should be made illegal.

What is your favourite music?

I have a very wide taste or music and have been to concerts with Paul Simon to Oasis and The Magic Number to Take That. I just like music but if I had to pick one it would, predictably, be anything by the Beatles.

What is your favourite film or TV show?

Favourite Movie without doubt would be “Kes” it is just a great British classic and a movie that struck a chord with me as a youngster. A more recent one would be the “Green Book” a true tale that is inspiring, thought provoking and very sad at the same time.

If you could pick the best ever 6 a side team for you to manage, who would the players be?

First on the list would be Kenny Dalglish. I can honestly say I never saw anyone take the ball of him when he had it, he was so strong with the ball. Peter Schmeichel would have to be in goal, what a shot stopper!! I always loved Zidane so he is in, he saw things no one else did on the pitch with Fowler as the Finisher as he was so strong with both feet. Kevin Ratcliffe was unbelievable when Everton won the League in that great team they had in 84-87 a very undervalued player. So fast for a defender with great vison. (I can believe I have put a Man U player and an Everton player in my team!!!)

My last player will be a big surprise to many but it is a player I love watching now. Bartlomiej Debicki, who plays for the Polish Socca team is a brilliant player. I just can’t believe he has not played at the highest level of the game. I have watched him in 4 different tournaments in 4 different Countries and he is always the best or one of the best players in the tournament. His attitude is incredible and never gives the ref any trouble whilst playing with the same passion as any other player. I believe he is shining example of how to play 6 a side.

Obviously we are all in lockdown at the moment. What have you missed the most in the time off?

Without doubt its my children, grandchildren and close friends. They are all so important to me, not being able to sit down and share the same air with them is difficult. Not being able to go out to a nice restaurant with my Wife is also on that list.

I also miss my “Friday pint.” You will always find me in my local pub “The Windsor Castle” with my friends at 5 O’clock on a Friday. We only go for a couple of hours but it’s a great “Full stop” on the end of the working week.

What are you most looking forward to when it’s all over?

All the above, but also going to a football match to watch a ref. The Ref Support Charity is a big part of my life and I miss seeing the people involved in the semi pro and grass roots game. There are some amazing individuals who give their life to the local club and that is something I appreciate, recognise and admire a lot.

What ambition do you still have to achieve?

Some of my ambitions are achieved. I always wanted to bring up children that are good individuals, hardworking and honest. I am lucky to have achieved that.

Outside that ,I have two ambitions I am determined to achieve.

One is to continue and strengthen RSUK into the true independent voice for referees. We have big plans for RSUK and with the team I have around me I know we will achieve our goal of being “The go to place” for Referees all around the UK.

We have an amazing profile and connections in the media. We will engage all forms of the media to make all flavours of football, affiliated or otherwise, a more enjoyable and safer experience for everyone.

The second is my involvement with Leisure Leagues and Socca. This part of my life has become a major part of what I do each day. I believe in the products, the people and the vision of those involved. I have been involved at the top of the professional game in England and worked for The FA. I have never seen the commitment, drive, professionalism and dedication that I see with those who run Leisure leagues and the ISF.  I want to be part of that journey for the foreseeable future and help deliver a world class organisation and sport to the rest of the world.