MADLEY IS BACK IN FOOTBALL

MADLEY IS BACK IN FOOTBALL 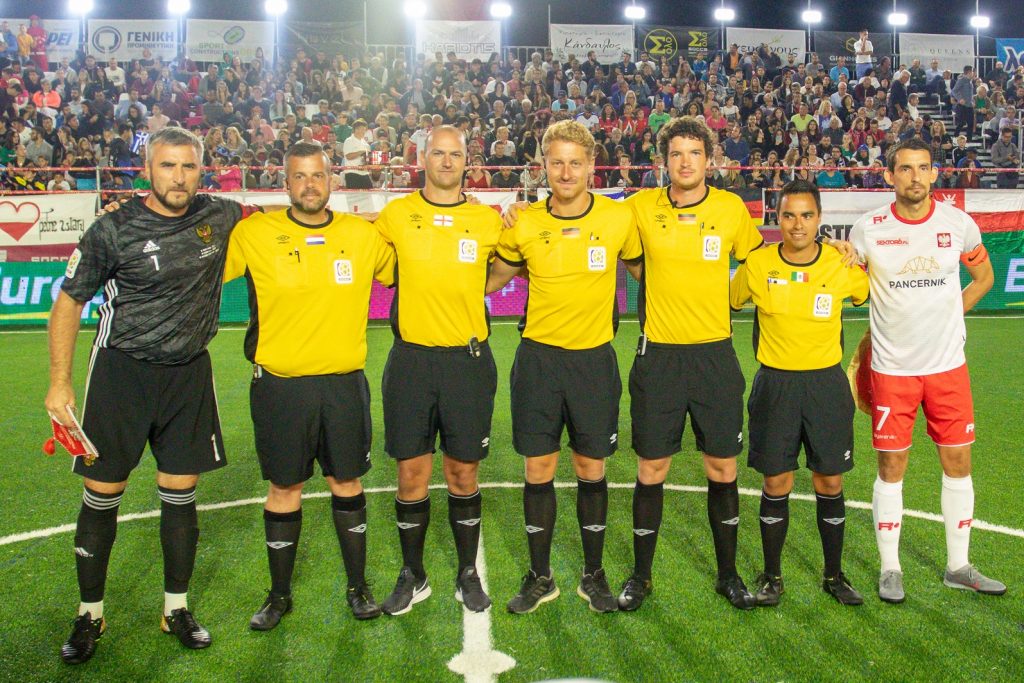 Everyone is delighted at the news that one of the top referees in the Leisure Leagues powered International Socca Federation, Bobby Madley is back in English football.

Bobby – who refereed the final of the 6 a side world cup final last year –left the Premier League in the UK last year, rebuilding his life and career in Norway, and becoming a valued member of our team in the process.

An ISF spokesman explained the vital role Bobby had played in socca saying: “He was a fabulous ambassador for us, he was brilliant with the whole team at the World Cup, and his experience was vital for the whole tournament – and I know that everyone valued his presence for the week in Crete (he is pictured above, leading the seminar)

Now Bobby has accepted an offer from the Professional Game Match Officials Limited (PGMOL) to officiate in the bottom levels in the English Football League for next season.

He will be back immediately, whistling non-league games to integrate himself back into the game.

The delighted Yorkshireman – who was a UEFA ref, a rising star doing Premier League and Champions Leagues every week – hopes to rise back up the pyramid, to join his brother Andy back in the Premier League, saying: “I was offered, and accepted, the opportunity to start next season as a National List Referee. This group of referees officiate on League 1 and League 2. Like any referee I have the desire to perform at my best and to achieve the best I can. I know how hard that road is to referee at the top but I have the desire and passion to work hard to achieve my potential whatever that may be. I still have dreams that I thought were dead but for me they are now very much alive.”

To join Leisure Leagues as a referee click here: https://www.leisureleagues.net/become-a-referee