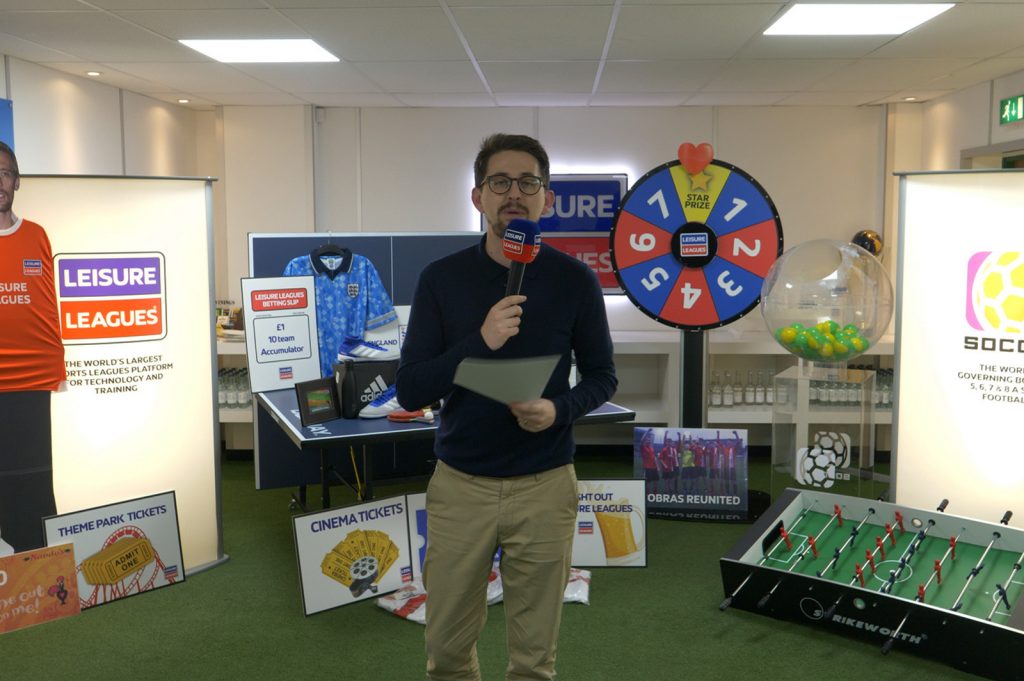 It was that time of the month again…..the all-new, UK Socca affiliate Leisure Leagues Prize Draw was aired last night as six incredible prizes were given away in the show.

It all started with the runners up award and Sons Of Pitches from Preston  took home 6 Chilli’s Bottles  – the state of the art brand new flasks, but that was by far from the end of the action.

Elsewhere in the incredible show, Astro Naughts from Solihull Sunday took the phrase “winning the wooden spoon” a little too literally, as that is exactly what they ended up with, but Alex Macintyre fared a little better, as he ended up with the star prize in the MVP draw and he will be strutting his stuff in Abingdon Monday in a pair of brand new football boots.

But as ever, the biggest anticipation was reserved for the Winners Draw.

All the winners from the January Leagues were in the bowl, and the lucky team picked out  were Class On Grass from the Goffs Oak league. With the chance of a European Football Holiday to take in a match from the very biggest leagues in on the continent potentially on offer, they were waiting with baited breath, no doubt.

In the event the wheel of fortune landed on a brilliant prize for them of football kits of their choice ready for the whole team.

As ever, there was plenty of ways for everyone to take part, with two viewers prizes. Firstly, a 6L Beerhawk Beer Keg went to Ricky Siekiera – who plays for Zimmerframe Zidane in Trowbridge – but as we announced the other week, there was also England Tickets given away for the game in March against Italy.

The lucky recipient of those was Sean O’Flaherty, who was drawn out of all people who liked and shared the post and gave his score prediction.

In amongst all the giveaways there was also news of last month’s winners, Puma’s Vets, who took part in the Crossbar Challenge and Teammates Taboo, there was a round up of all our new leagues, but probably the most exciting thing of all was the Goal Rush. The brand new feature which has taken the 6 a side world by storm. The deadline day version is particularly special…and Leisure Leagues need you to be part of it.

And finally, Tom teased viewers with something we are going to tell you all about next week, that we will be doing all across our league network.

The February Prize Draw will take place on 4th March. To see what we have in store, make sure you tune in.