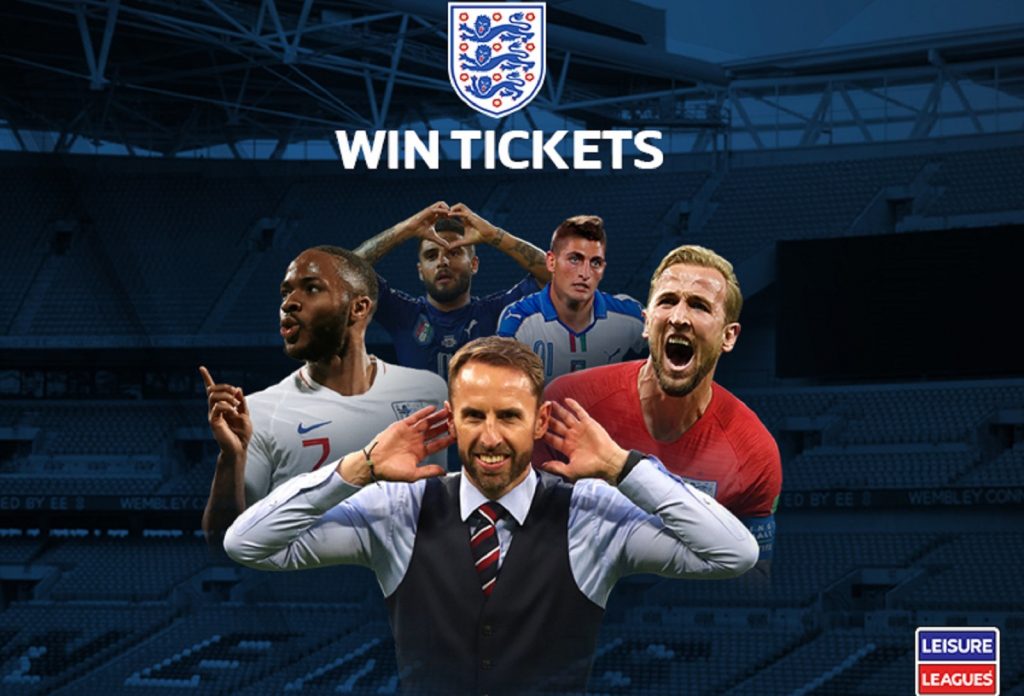 It’s coming home, this summer. It really is. One of the home nations is going to win Euro 2020. This time, we mean it.

Either Gareth Southgate’s Lions, Leisure Leagues Ambassador Ryan Giggs, Wales team, or maybe the best manager in Britain (I might be biased….!) Michael O’Neil’s Northern Ireland – if he’s still in charge and they get through their play-off –  will be there at Wembley on 12th July lifting the trophy.

It’s going to happen. You read it here, and we are never wrong.

The build-up to all this begins in earnest in March when the next international break rolls around. England take on Italy on 27th March. It will be the first time the famous old countries have met since the 2014 World Cup, when Mario Balotelli scored the winning goal after Daniel Sturridge (and if England suffer any more injuries to strikers, you never know, he might be back in the side, come June!) had equalised.

It is a mouth-watering friendly, and you can be there, thanks to Leisure Leagues! The biggest provider of small sided football in the world have a pair of tickets to give away for the match, and it couldn’t be easier to enter!

All you have to do is this:

One randomly drawn winner will be selected to receive the pair of tickets. Deadline to enter is 11:00pm Tuesday 4th February. The winner will be announced in the Leisure Leagues Prize Draw happening on Wednesday 5th February at 6.30pm.

After the 11 a side teams have had their turn in the spotlight, it could be you!

Remember, it is only by playing in Leisure Leagues that you can get the chance to represent England in the Socca World Cup. Keep your eyes peeled for more details.