NEXT YEAR IT COULD BE YOU

NEXT YEAR IT COULD BE YOU 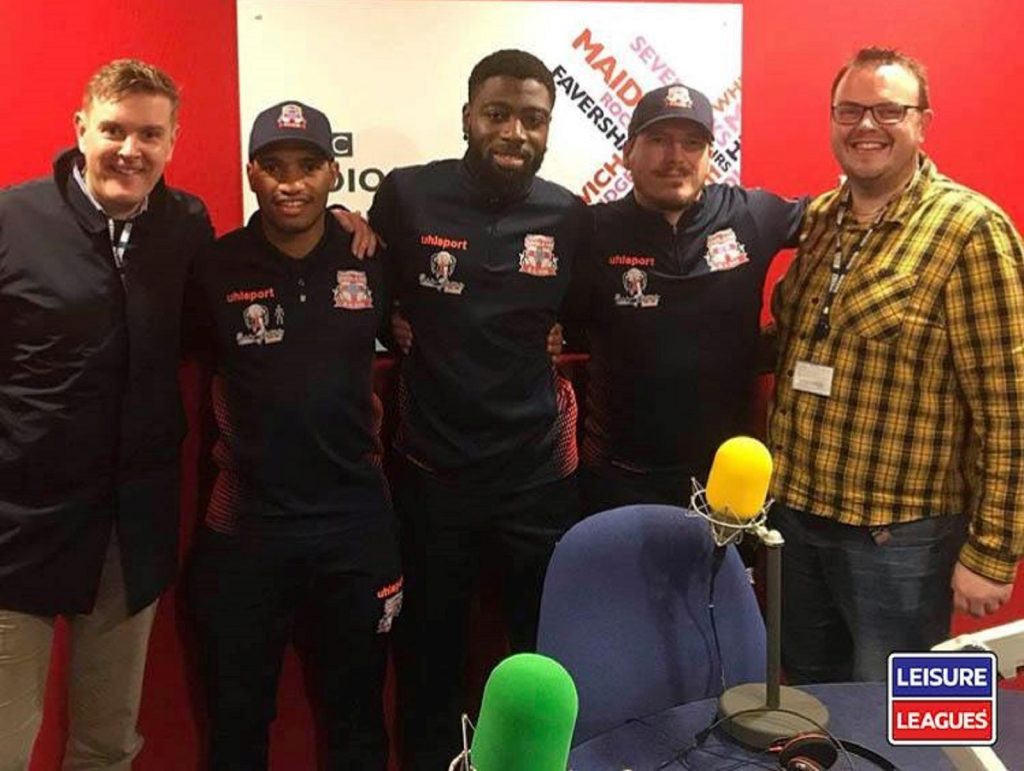 That was the message as three of England’s finest were on the BBC on Monday night as Manager Jamie Leggett, Coach Kevin James and skipper Helge Orome were on BBC Kent’s hit On The Air with John and Matt show.

The trio, who were all in their different way’s integral to England reaching the Quarter Finals of the World Cup, were invited into the studio on the Monday night sport slot, braving Storm Brendan to spread the word.

Asked to explain the England team for the listeners, Jamie said: “The standard is extremely high.”

Leggett, admitted it had been a steep learning curve, and said: “A lot of the players I picked this year had played 5 and 6 a side football before, as well as playing 11 a side.”

That will all be changing this time, as Jamie explained: “We need it promoting for the whole country, and Leisure Leagues are promoting it to everyone. If you are good enough, you’ll be in. Come along to the trials.”

Assistant boss James – who was back on home turf, having played 48 games for the Gillingham between 2000 and 2004 – explained that he got involved having faced Leggett as a coach. “Yeah, I’d come up against him,” he smiled. “And when the opportunity came up to join him, I was happy to.” 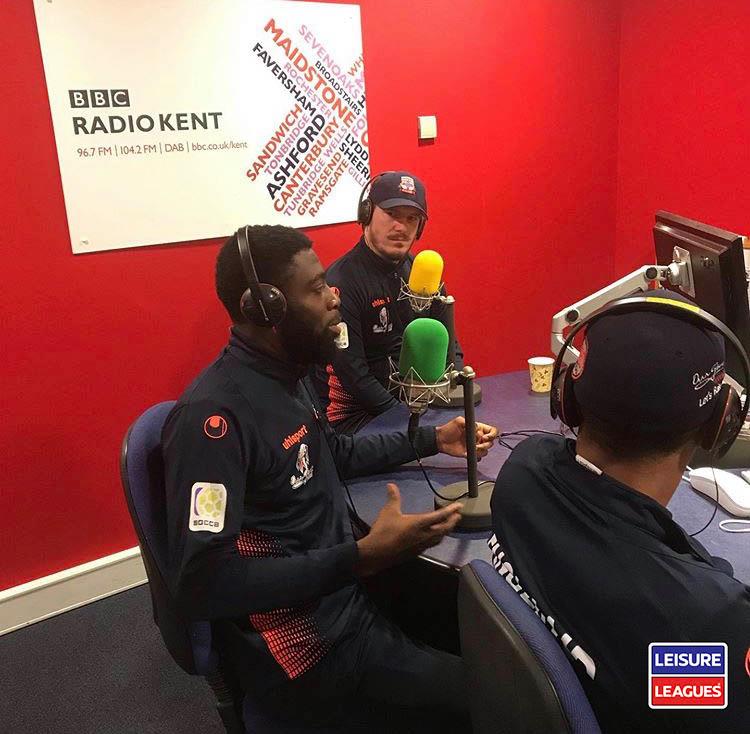 Kevin outlined the skills he’s looking for: “It’s a very fast paced game,” he said. “You’ve got to have touch, awareness, an eye for goal and be able to defend.

But the former Nottingham Forest winger said he was used to playing the small sided game: “We did it all the time in training, and it used to get heated!”

Helge, for his part admitted it was a dream come true. Having played for plenty of Non-league teams, he said he was just glad to be involved: “When the opportunity first came up, I was excited about being part of it. I wanted to get on the plane. I am really proud.”

The three agreed that the sport was growing in the UK, and although Eastern European teams were ahead of them in terms of development, said “we are closing that gap”.

Orome followed up by saying: “We all had to get together and see the vision, now we are in there. And now we can really express ourselves.”

But as Leggett finally said: “Representing England at any level as a dream come true.”

The trials are to be announced, and anyone that comes through those could find themselves in the training squad.

To find out how you could do that, keep your eye on Leisure Leagues website

To listen to the full interview, click here. (it comes around 23 minutes into the show, and will be available until 11th Feb