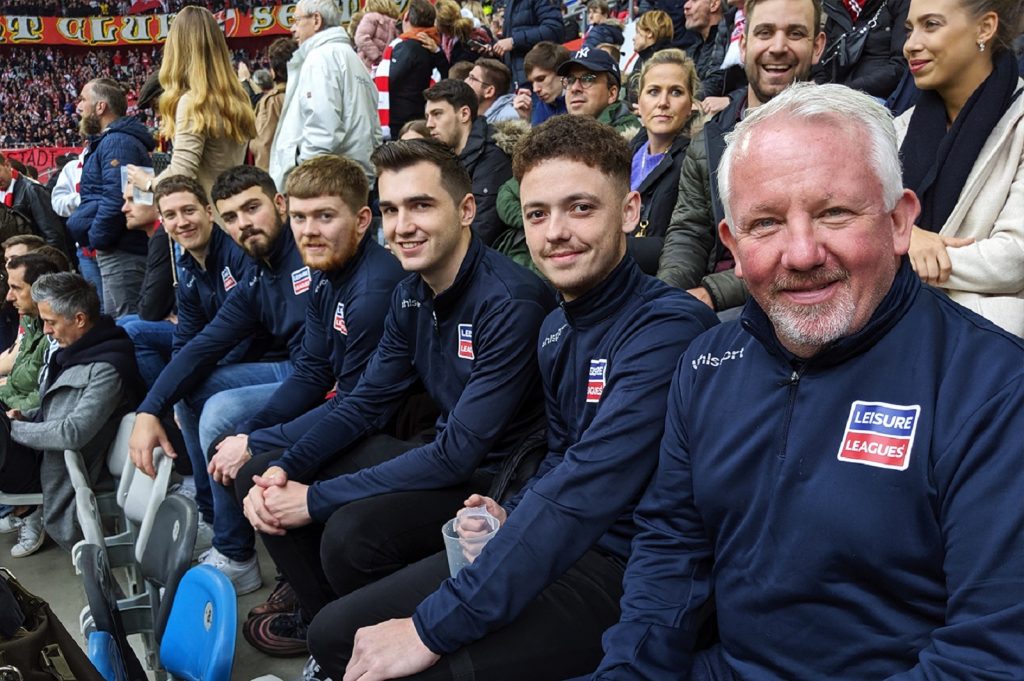 One of our most valued members, Leisure Leagues, are doing their prize draw tomorrow – and you can win a prize just for watching

In November, they gave away over £1000 of prizes to both their lucky teams and the watching fans.

The winner’s prize went to Sons Of Pitches in the Rotherham League, while the MVP award went to Apreutesei Cristian Ionut in the UK Socca affiliated Grimsby League

Those who tune into the live broadcast on their Facebook page at 2.30pm tomorrow, will see something totally new, and there will be plenty of new prizes too.

A Leisure Leagues Spokesman said: It’s fair to say we have taken more prize deliveries this week than Santa’s Headquarters in Lapland, and we think you will be excited…..

As always, with the Leisure Leagues Prize Draw, it isn’t just the teams that benefit and one thing that hasn’t changed is the on the spot giveaways for the audience.

The star prize remains the trip to Germany to watch a Bundesliga match, courtesy of UHLSPORT, which has been won twice so far. Earlier this month, Class Of 09 became the first of these winners to sample the atmosphere, as they watched Dusseldorf play Koln.

The team are pictured above here, with UK Socca’s Martin Cassidy