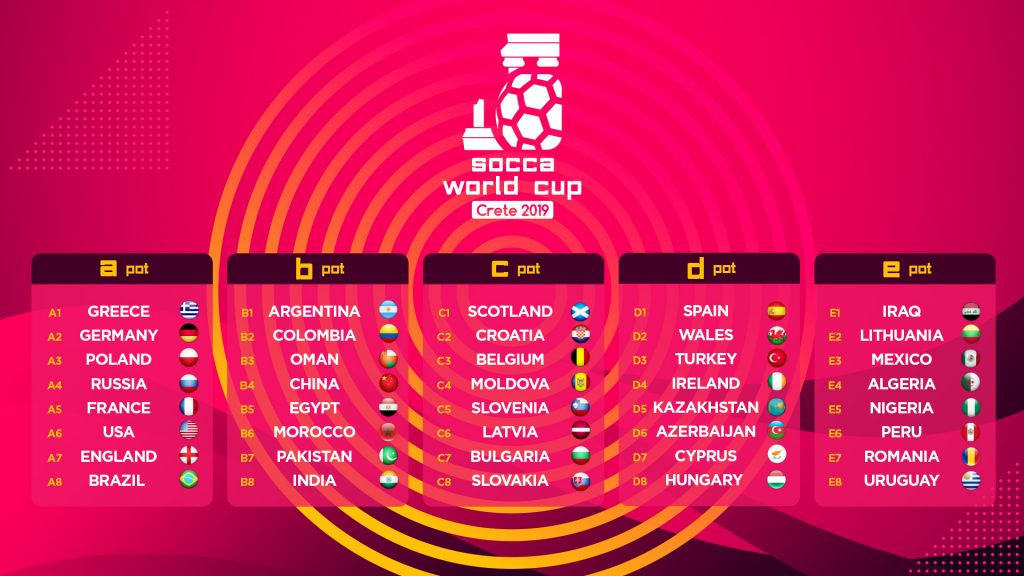 Hundreds of footballers. From a record breaking 40 countries. With only one goal. To be champions of the world – and the home nations are no different, with England, Scotland and Wales all finalising preparations.

That is the dream that is getting ever closer, with the draw for Crete coming up early next week. Now, we are delighted to be able to reveal the pots for the draw.

England join hosts Greece, reigning champions Germany and the romance of the Brazilian national squad are all in Pot A , but if the experienced countries are all there, then there are plenty of new boys looking to take their crowns.

Oman, Columbia and Egypt are all at their first World Cup – joining both Pakistan (who are having their trials overseen by former million pound footballer Kevin Reeves) and India in pot B.

There is a real European look to Pot C, with Scotland and Belgium joining a host of teams from the East of the continent, with Greece’s near neighbours, Cyprus in Pot D, along with Barry John’s Wales.

The final pot, Pot E, has a romantic look about it, with Iraq, Mexico, Algeria, Peru, Nigeria and Uruguay all looking forward, excitedly to see who they might get in the draw.

All will be revealed at 8pm Greek time on Tuesday night.