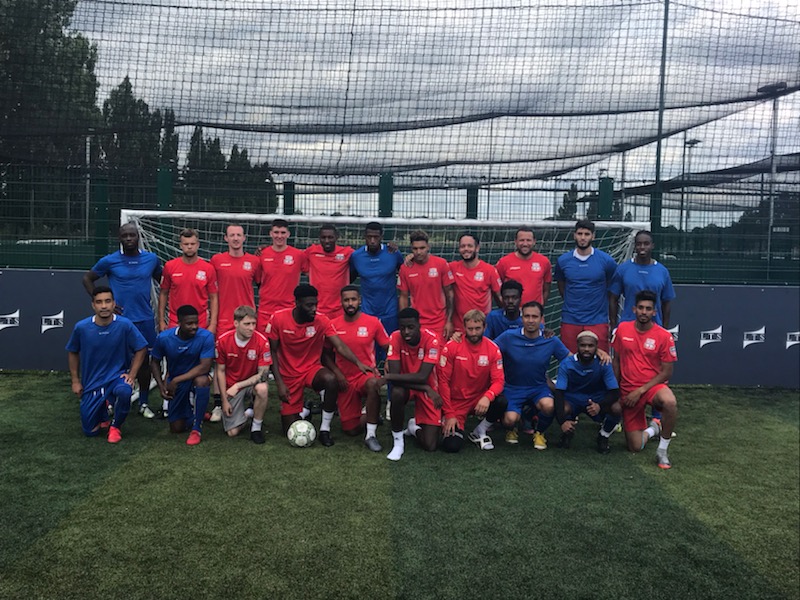 Two different sports collided – sort of – this week, as the England 6 a side Team took on one of the top futsal teams in the UK.

Jamie Leggett’s men prevailed in both games at Trent Park, against Genesis FC.

The matches ended 4-3 and 6-4, but the result wasn’t the most important aspect of the day, as it again enabled Leggett and Head Coach, Kevin James to assess where the squad sits ahead of Crete 2019.

The boss declared himself happy when we spoke to him, saying: “Some aspects of our game require more work to help the team grow stronger in certain areas.”

And it is these aspects that will be worked on in the remaining sessions before the departure for Crete, with the tough taskmasker sounding a note of caution. “Although we won both games the games themselves showed us were we could potentially be weak,” he warned.  “We will be working hard in order to strengthen our game in preparation for the World Cup.”

The overall report was positive, though as he added: “The boys are getting stronger as a team with each training session and games that we play and it’s nice to see how far they have come from the start of this process. Both myself and Kevin (head coach) have discussed were we think we need to concentrate our attention in order to push the boys to the best they can be.”

Indeed his final note was a positive one, and he almost allowed himself a smile when he said: “Overall I feel that the team are playing and meshing well and watching the growth of the team is filling me with hope of what they can achieve if they keep working hard and pushing forward.”