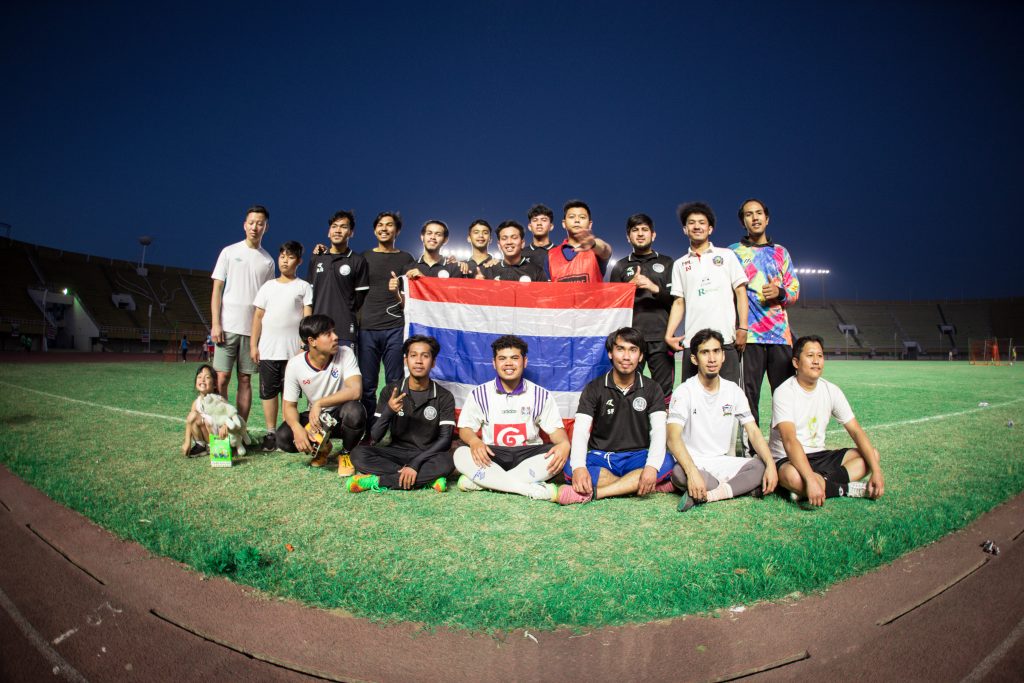 UK Socca players were amongst the almost 100 6 a side footballers who took part in a very special tournament this past weekend.

While England were winning the Home Nations, there was another tournament going on almost 5000 miles away.

The Jinnah Sports Complex in the Pakistan capital city, Islamabad provided a stunning backdrop for the matches, which saw a one day tournament taking place for various embassies and consulates.

Organised by Leisure Leagues Pakistan on behalf of The ISF – which we proudly a part of –  and World Group, the matches were attended by Anas Trunkwala, World Group CEO, with the guest of honour being His Excellency Mr. Dimitris Hatzopoulos, the Greek Ambassador to Pakistan

Brazil, Thailand, Saudi Arabia, Russia and Nigeria, were just some of the countries involved, with other combined teams from Europe, including players from our affiliated leagues –  rounding out the tournament ,which was eventually won by the squad from Thailand.

As always, though, winning and losing wasn’t the most important thing. More, it is about the continued growth of socca in every corner of the globe. Indeed, Mr. Hatzopoulos was quick to draw parallels between the  rise of 6 a side football and what had happened in his own country in one miraculous summer in the early 2000s

“In 2004, the then unknown national team of Greece won the pan-European football tournament, having never won a game before”, he recalled.

“Our success gave rise the famous sporting slogan, impossible is nothing.”

The Ambassador then wondered whether Pakistan could repeat the feat in Crete this autumn, adding: “I wish success to the Pakistan national team….”

Further he said: “I am grateful to the Trunkwala family for organising this diplomatic tournament and look forward to the 2019 World Cup in my home of Greece.”

UK Socca’s James Coe was delighted that there were English players involved, saying: “It was great to see the UK represented in such a prestigious tournament. It is another wonderful initiative from the Trunkwala’s and Leisure Leagues.”