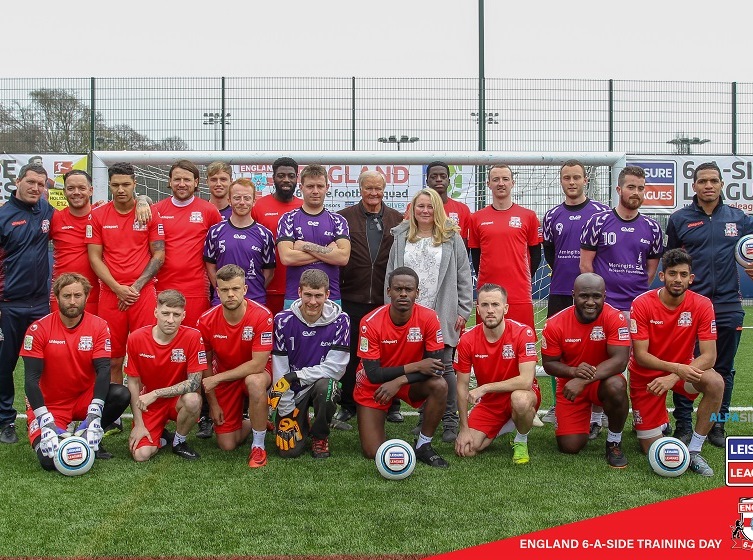 “You say you want a revolution?” sang The Beatles back in the late 1960’s and that feeling hung in the air some 40 odd years later, as a Leisure Leagues team from Camborne in Cornwall got the huge opportunity to train with the UK Socca England 6 a side team last weekend.

Revolution one of the best teams from the Cornish town, came up to the latest training session, in Birmingham, to sample life at the very top.

It all took place under the watchful gaze of the legendary Ron Atkinson, who is the England team’s Director Of Football and England boss, Jamie Leggett.

“Big Ron” who won cups at Wembley in his career, admitted he was impressed, saying: “There has been some real quality on show by the players of both teams. The lads that came up from Cornwall, apparently did quite well in the Leisure Leagues last season.”

Revolution, won a competition on the LL Facebook page, run in conjunction with England 6 a side team sponsors, Alfasilver were equally thrilled: “We’ve only played at our local league, and this is a massive opportunity”.

England star man Dean McDonald said the national team had got plenty from the session too: “We’ve had them with us doing some shape and some shooting,” he explained, before joking: “The keeper must be alright – I haven’t scored past him yet!”

This is just one of the many opportunities only open to Leisure Leagues players, thanks to our unrivalled international links.

To find out more about the International Socca Federation which we power, click here.